Mike Kelley reportedly took his own life yesterday, after suffering from depression. Kelley was born in Wayne Michigan (a suburb of Detroit) and moved to Los Angeles in 1978 to attend the California Institute of the Arts, where he studied under John Baldessari, Laurie Anderson, Douglas Huebler, and Nova Scotia artist David Askevold. Best known for his sculptural installations (which Jerry Saltz described as "Clusterfuck Aesthetics"), Kelley also produced several artist books, multiples, records and periodicals, and the cover design for Sonic Youth’s 1992 album Dirty.

With two foil embossed covers, the double sided volume has a text in both German and English. The photographs are reprinted on the English side, but blacked out as full page monochromes. Published in an edition of 1000. 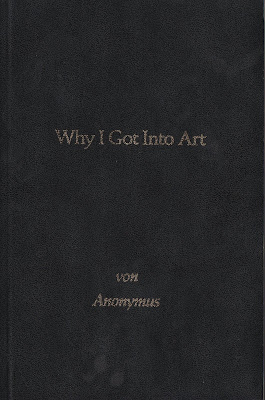