The Something Else Press 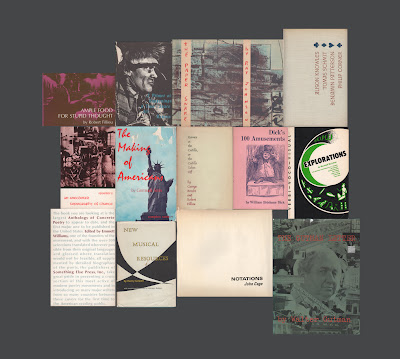 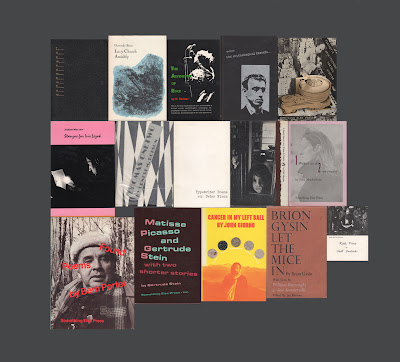 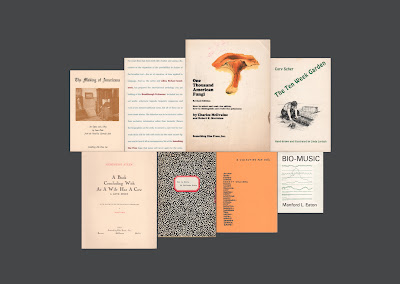 The Something Else Press was one of the first dedicated publishers of artists’ books, and still remains one of the most significant and influential. Founded by Dick Higgins in 1963, the imprint published works by a staggering number of important artists of the day, including John Cage, Claes Oldenburg, Brion Gysin, Ray Johnson, Mercer Cunningham, Al Hansen, Marshall McLuhan, Gertrude Stein, Daniel Spoerri, Ian Hamilton Finlay, and dozens of others.

Fluxus impresario George Maciunas had promised to publish Higgins’s “complete works” as a Fluxus edition, but the four-hundred page manuscript proved too costly an undertaking for Maciunas, whose previous publications had mostly been small boxed works. Higgins became frustrated by the constant delays and “went home reeling” one day, announcing to his wife Alison Knowles that they had founded a press. When asked its name he replied “Shirtsleeves Press”, to which Knowles balked, and implored that he call it “something else”.

The goal of the press was to publish primary materials (texts, graphics, scores, poetry, etc) by established and emerging artists. But unlike the dominant artist-book of the day - if the word dominant could be used to describe such a (then and still now) marginalized art form – Higgins eschewed alternate bindings and experimental formats in favour of high production values and traditional methods. This approach served as a Trojan horse of sorts, allowing the titles to gain access to libraries and bookstores, something few artists’ books had achieved at the time. Today the books are rare, but not impossible to find. Often the ephemeral material surrounding the titles (press releases, business cards, newsletters, etc) are more valuable than the books themselves, presumably because few bothered to collect them at the time, but the books remained on shelves.

Artist and poet Emmett Williams was the early Editor in Chief, and Fluxus artist and scholar Ken Friedman, acted as general manager for Higgins from New York and California in 1970 and 1971. The publisher and editor eventually had a falling out. In his 1991 autobiography My Life in Flux and Vice Versa Williams recalls numerous relatively unimportant moments from his life in great detail, but almost entirely omits his time at the Press. The omission is not explained, though I was once told from someone else close to the situation that Higgins had “tried to fuck Emmett’s [adult] son” and he never forgave him.

Higgins later blamed Williams’ successor, Jan Herman, for the demise of the press. In a letter to Harry Ruhé, he accused Herman of spending his days wrapping books for the mail and not fundraising from foundations and wealthy individuals. Herman disputes this account, noting that he was hired as editor, not publisher and that the press went under when the IRS came after Higgins for $300,000 in back taxes. The organization was filed as a Subchapter S status corporation, which can be revoked by the IRS if they deem a project to be a hobby, which apparently they decided was the case – given that the press lost money each of the eleven years that it was operational.

But few subsequent publishers can boast as strong an influence or track record. The ratio of good to bad titles is surprisingly in favour of the former. Over the course of this blog I’ll endeavor to write briefly about each title.
Labels: artists' books, Dick Higgins, Fluxus, Something Else Press