My mother's most effective story about the disparity between intention and actual child-rearing is about toy guns. Apparently my parents had made the decision that they would be forbidden in the house, a policy that may have lasted a year or two. It seems I was able to fashion a reasonable facsimile out of just about anything: a stick, a golf club, a piece of torn cardboard. I would bite a peanut butter sandwich into the shape of a gun, or construct one out of lego. If it could be pointed, it could be accompanied by vocalizations of gunfire. Based on a quick google search, it seems that these stories are not uncommon.

Claes Oldenburg takes a similar approach to his numerous Ray Gun works: an obsession with the right angle. In addition to creating several Ray Gun sculptures in a variety of materials (plaster, paper-mache, vacuum formed commercial plastics, etc.etc.), he amassed an even larger collection of found ray guns.

"All one has to do is stoop to gather them from sidewalks," wrote Yve-Alain Bois, "he did not even need to collect them himself: he could ask his friends to bring them to him (he accepted or refused a find, based on purely subjective criteria).”

Ray Gun Wing, published by the Museum of Contemporary Art, Chicago, in 1977, documents his collection, and proposal for a museum. 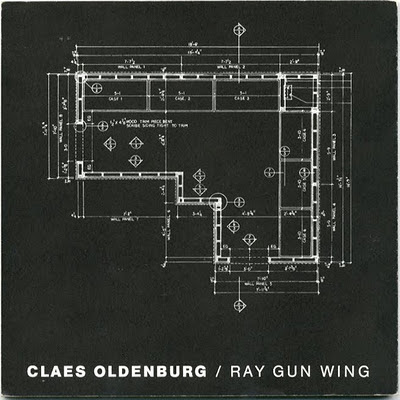 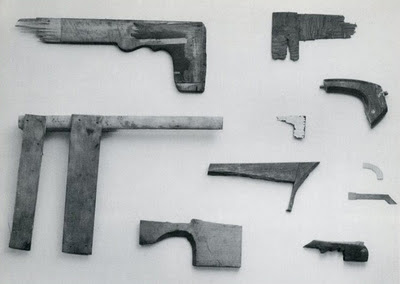 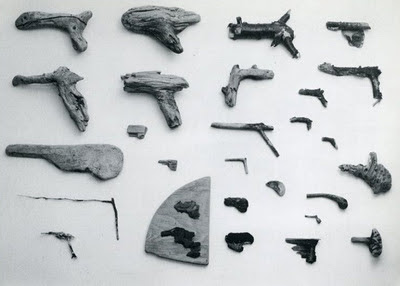 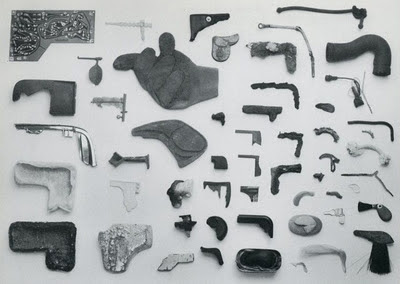 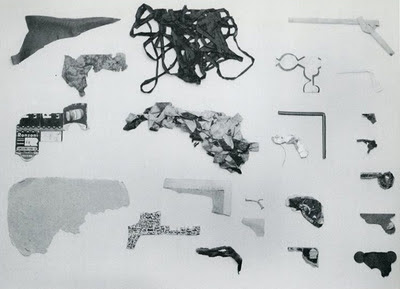 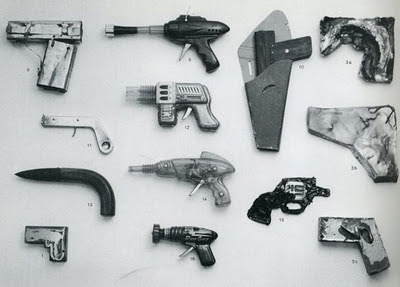 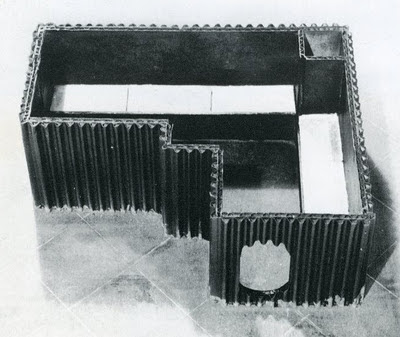