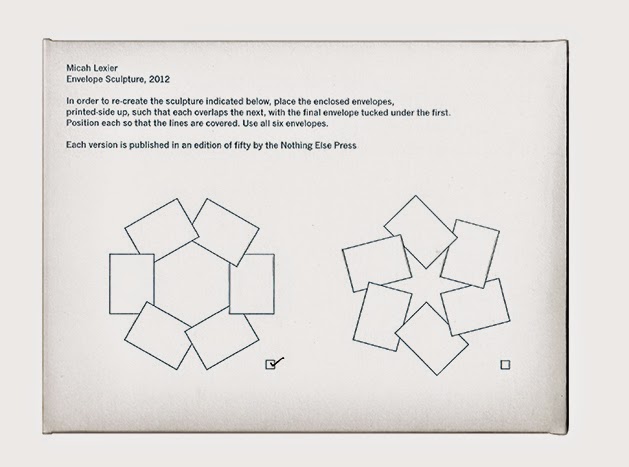 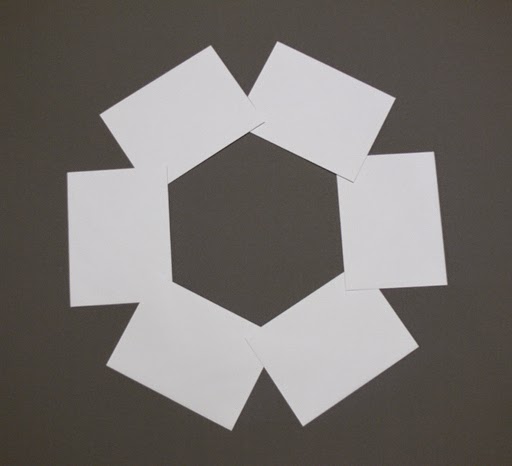 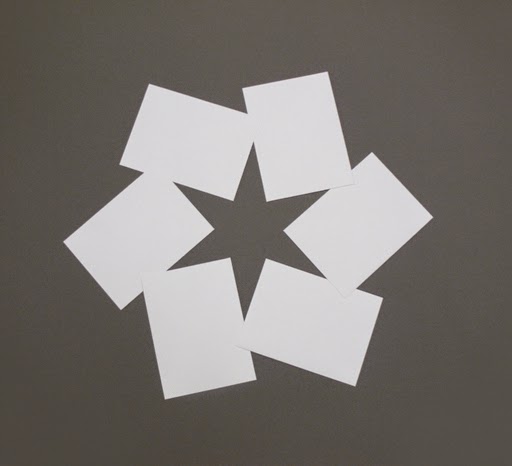 The 7th Nothing Else Press edition (and Lexier's second) is a cardstock envelope printed with a set of instructions for making a sculpture using the six letterpressed, glueless envelopes enclosed. Star and Hexagon versions are available, each in an edition of fifty copies.

The works are available for $30.00 CDN each, or both for $50.00, from www.nothingelsepress.com or at the London Art Book Fair in two weeks time.

"Micah Lexier is a Toronto-based multimedia artist whose many-tiered practice includes sculpture, installation, photography and text-based work, as well as curation. Lexier graduated with an MFA from the Nova Scotia College of Art and Design in 1984. His practice is consonant with the sensibility of that institution, revolving largely around conceptual acts of enumeration and demarcation.  A well-known photographic work of Lexier’s, David: Then and Now (2005), reworks his Portrait of David (1994), spanning 10 years, and showing the effects of aging on 75 men named David, each a different age from one to 75. Lexier has had more than 100 solo exhibitions, participated in some 200 group exhibitions and produced numerous permanent public commissions. Recent publications include Call Ampersand Response, a collaborative bookwork made with Michael Dumontier, which was co-published by Artexte and Nieves in 2012, and I’m Thinking of A Number, a 30-year survey of Lexier’s ephemera, published by the Press of the Nova Scotia College of Art and Design in 2010." 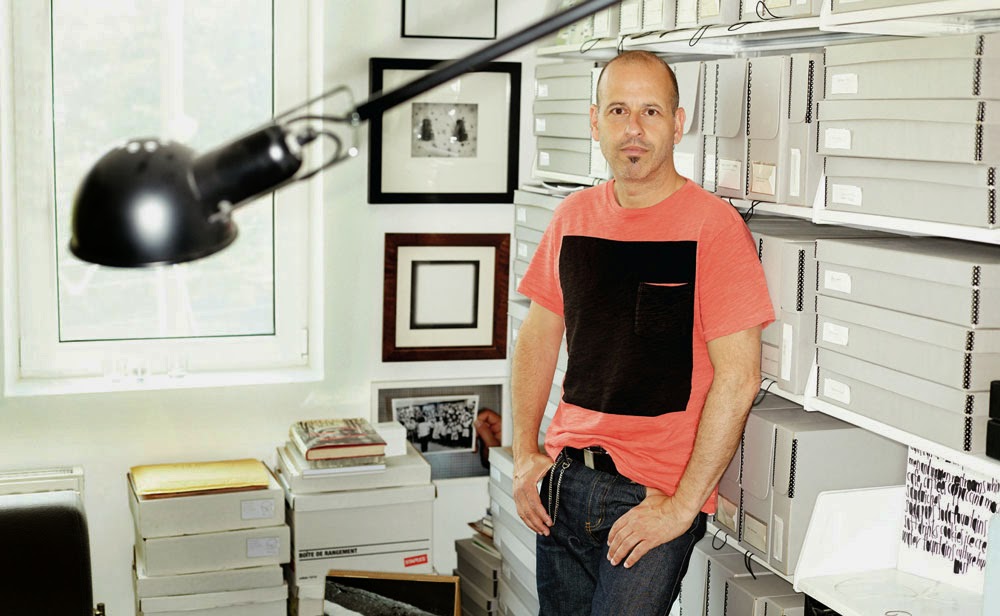