Alex Snukal | Me and Julio Down by Diter's Dung Hole 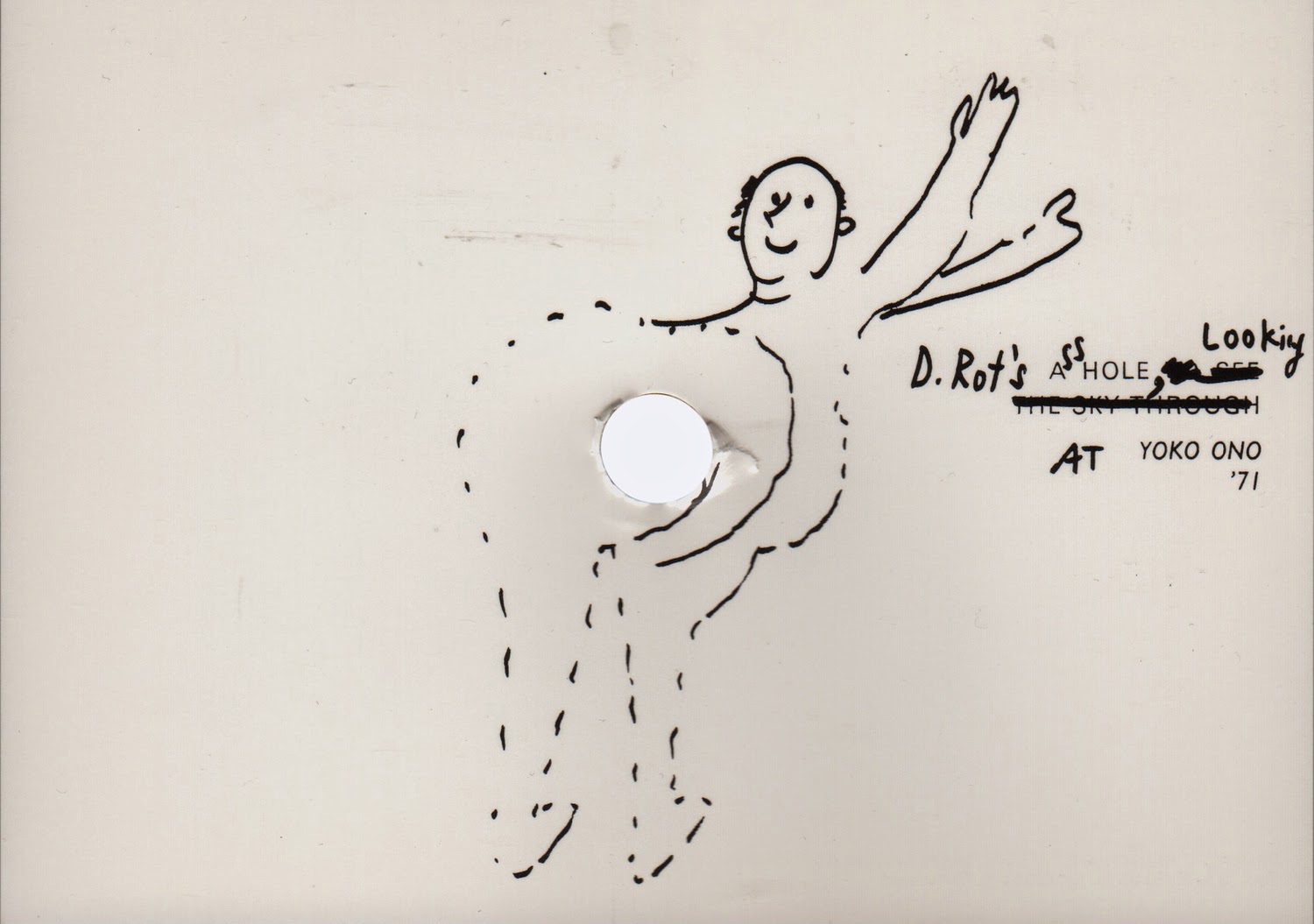 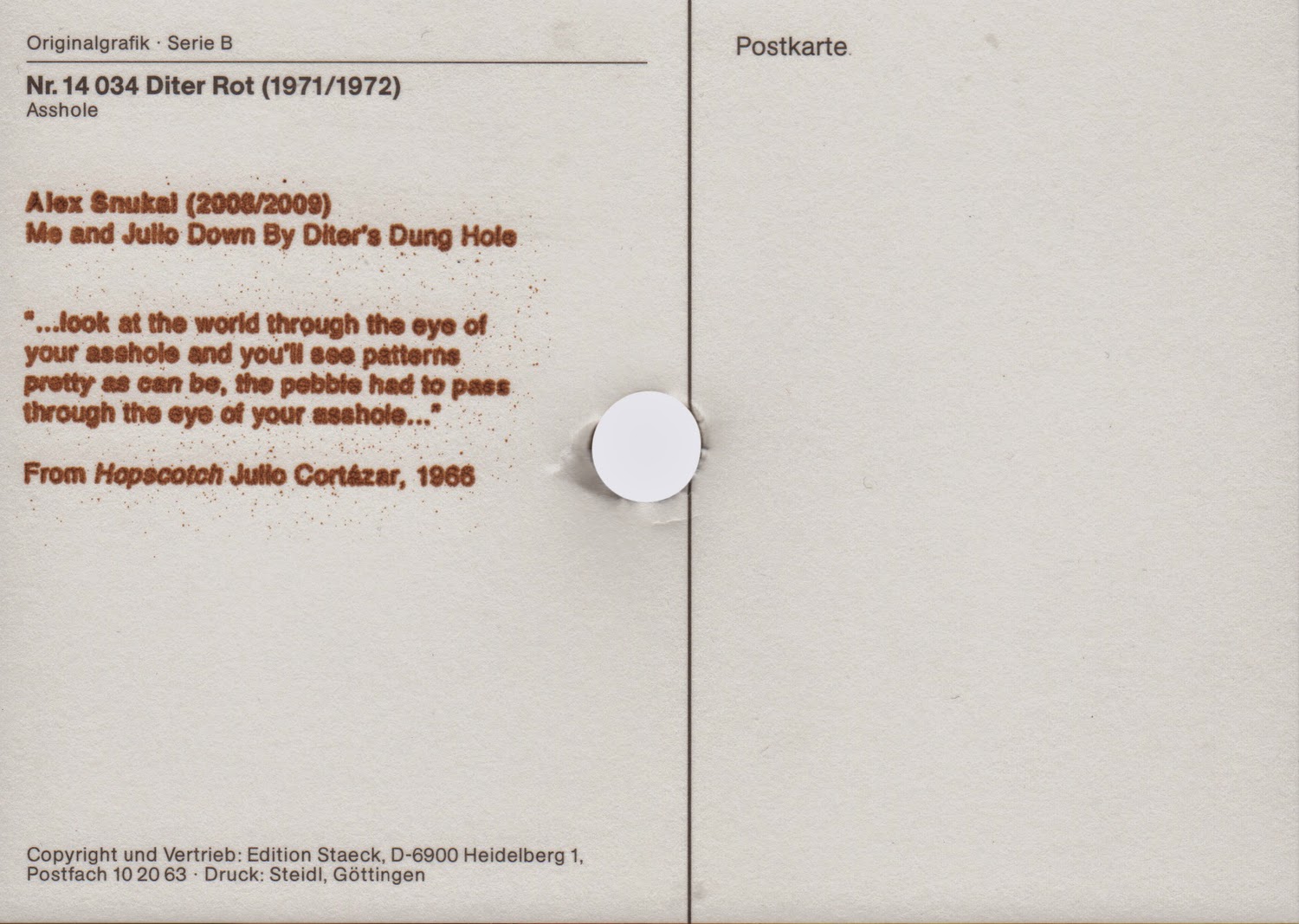 Snukal responds to a postcard edition originally created by Yoko Ono in 1971 and altered by Diter Rot the following year (see below posts). Making literal a quote from a Julio Cortázar novel that invokes a euphoric epiphany as equivocal to pushing a pebble through one's asshole, Snukal one-up's Diter with a third iteration.

Each card is hand altered by pushing a stone through its centre hole, and with the following silkscreened text:

Available at the London Art Fair later this month, or via nothingelsepress@rogers.com.