Yoko Ono | A Hole To See The Sky Through 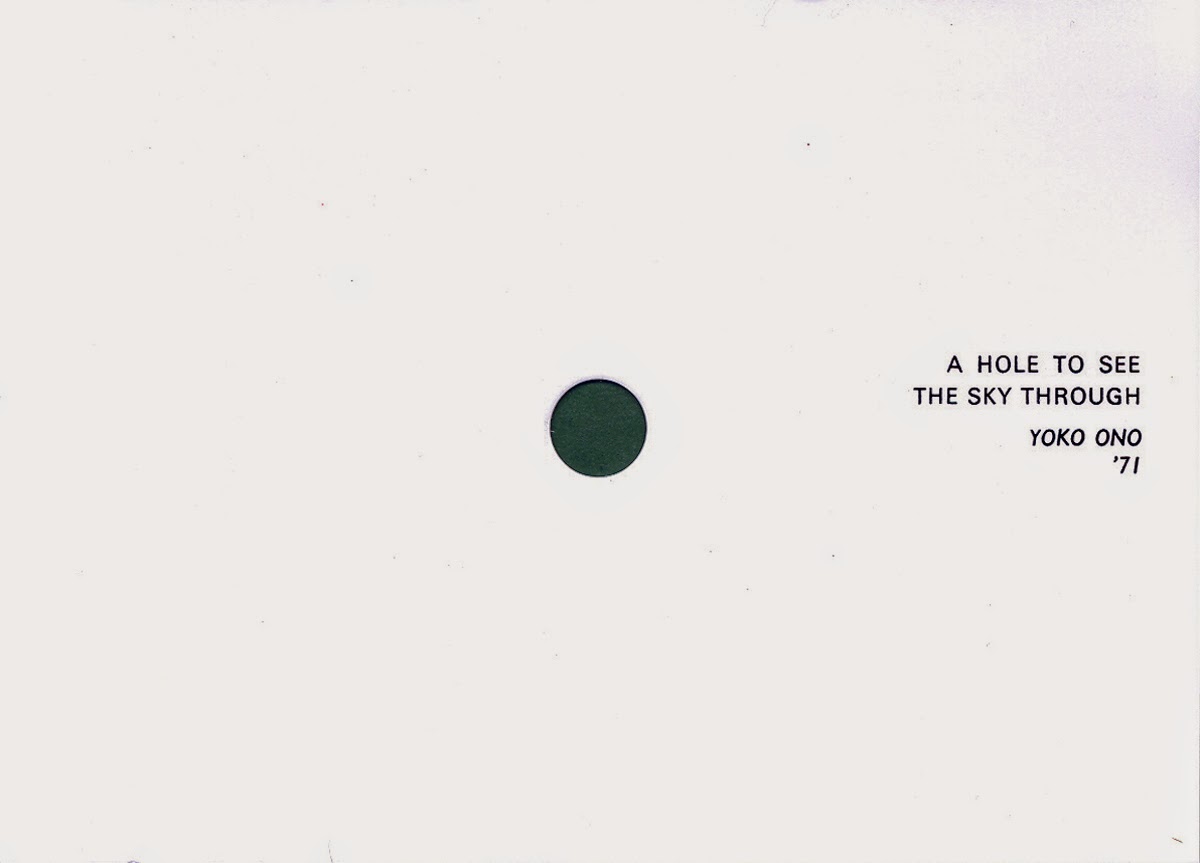 Ono has produced several cards with holes to see the sky/universe/rainbows through: the numbered card that accompanies the Rykodisc CD reissue of It's Alright (I See Rainbows) in 1997, a card included in the 2004 Yoko Ono Yes Box, the dust jacket flap of the monograph Yoko Ono Arias and Objects, etc. etc.