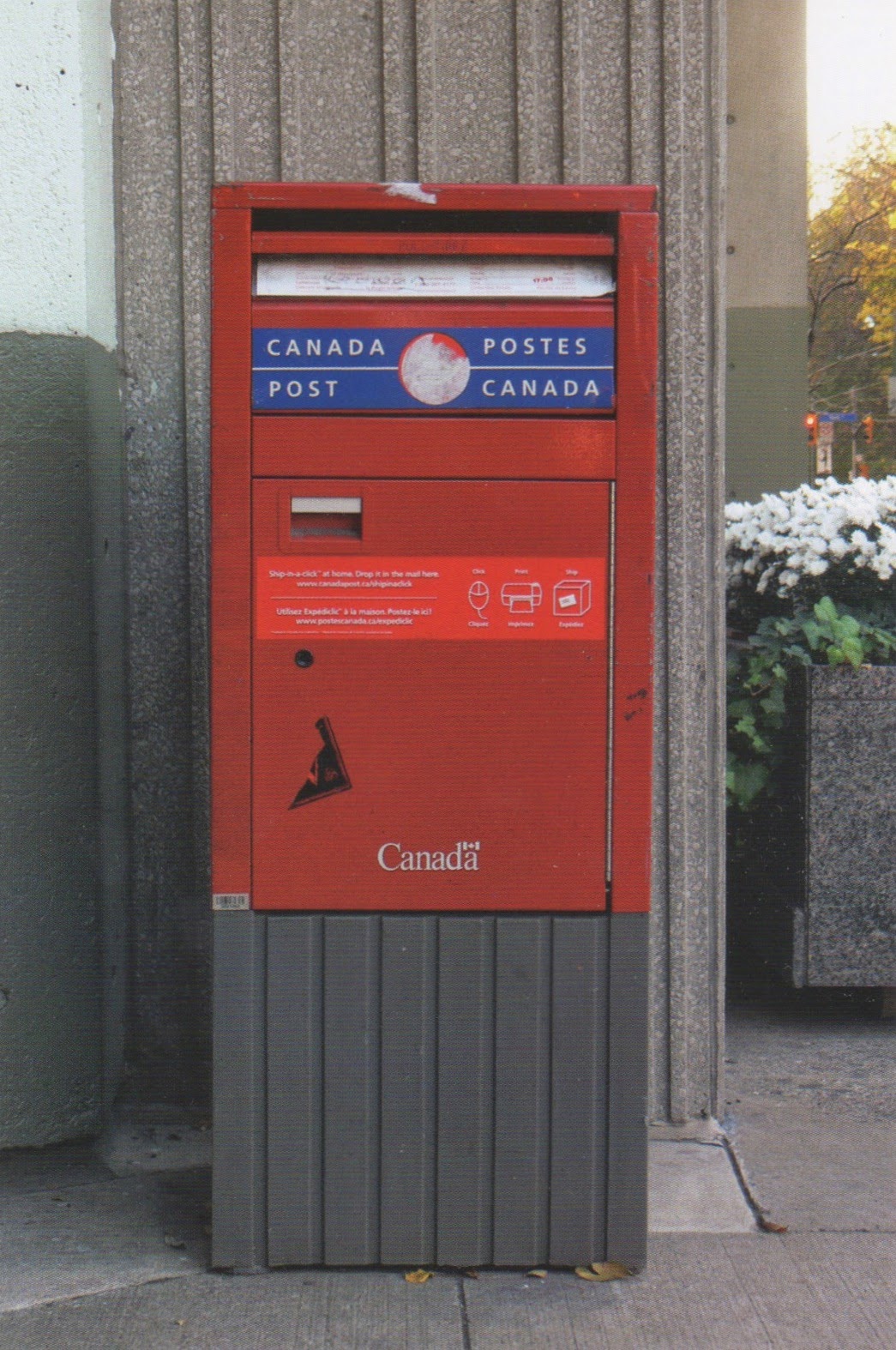 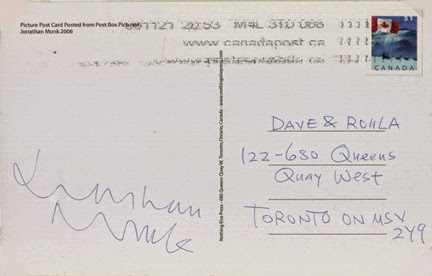 The first edition we produced as The Nothing Else Press is the Toronto version of the brilliant Picture Postcard Posted From Postbox Pictured series. When a card is purchased we notify the artist, who signs and addresses the card from Berlin (ore more recently, Rome) and mails the postcard to us, in an envelope. We remove the envelope, affix postage and deliver the card to the buyer from the mailbox pictured on the front of the card. Which, incidentally, has since moved in the last 8 years and had to be tracked down a few blocks away.

Available for purchase at the London Art Book Fair later this month, or from nothingelsepress@rogers.com.

Monk uses a wide range of media, including painting, installation, performance, photography and video. His practice engages with the notions of reproduction, copy and the multiple. Often revisiting seminal artworks from the 1960s and 70s, his work pays homage to Conceptual and Minimal art, at times with humorous irreverence, at others with poetic sentimentalism, incorporating autobiographical details alongside art historical references. By restaging these newly historicized works, Monk challenges the notions of authenticity, authorship and value that still inform many contemporary art practices despite the critical legacy of this conceptual tradition.