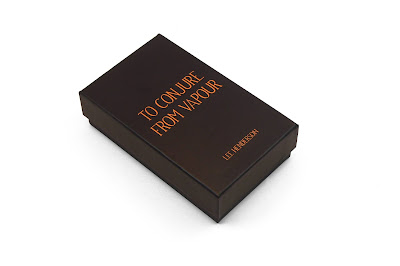 Created while Henderson was the 2017 Canadian artist-in-residence* at the Glenfiddich Distillery in Dufftown, Scotland, To Conjure From Vapour is a tarot deck of metaphysical whisky tasting notes. The work conflates the "tasting note" used in whisky promotion with communion with the spirit world (spirit as alcohol, spirit as soul).

Joy Division, for example began life as Warsaw, but the band changed their name after the release of an album by the short-lived punk outfit Warsaw Pakt (who were themselves named after the Cold War pact The Warsaw Treaty, a collective defence agreement between the Soviet Union and seven other Eastern Bloc socialist republics of Central and Eastern Europe in May 1955). The name Joy Division refers to the brothels at Nazi Concentration Camps where inmates were forced to service officers and other prisoners. Despite the allegations of facism for this choice, when the band re-named themselves following the death of singer Ian Curtis, they selected the moniker New Order, with it's own Nazi connotations.

Megadeth is a misspelling of Megadeath, which refers to one million human deaths, usually caused by a nuclear explosion. The term was used by scientists strategizing likely outcomes of nuclear warfare. Gang of Four borrowed their name from the leftist political group, which came to prominence during the Chinese Cultural Revolution and were later charged with a series of treasonous crimes, including the death of 34,375 people.

Fugazi singer Ian MacKaye cites Mark Baker's book Nam as the origin of their band name. The term is an acronym for "Fucked Up, Got Ambushed, Zipped In", a not-uncommon plight for a soldier fighting in Vietnam.

The innocuous and twee-sounding band name The Cardigans comes from the 'hero of the Crimean War', James Thomas Brudenell, the seventh Earl of Cardigan (1797-1868) who went into battle wearing a buttoned knit jacket.

Other bands are named after military planes (the B52's, U2, Enola Gay, Foo Fighters, sort of)
sites of historic massacres (Nanking, Tienanmen Square Dance), chemical and biological warfare (Napalm Death, Anthrax), and historical figures (such as Franz Ferdinand, the Austrian Archduke whose assassination triggered the start of the first World War).

Henderson's designs for the patches emulate military aesthetics: flag-like stripes, military insignia chevrons, and other vexillographical criteria. They are arranged on banners consisting of army green, camouflage fabrics and are categorized by conflict. A pair of Cold War banners, for example, includes patches for Mutually Assured Destruction, Iron Curtain, CCCP, The UK Subs, Charm Offensive, The Subversives, and of course the Cold War Kids.

North America has been called a death-denying society, but much of Henderson's practice involves an investigation into the intermingling of death and popular culture, perhaps most effectively in his epic video collage Palliative Care, which edited the entire run of the NBC senior sitcom The Golden Girls to include only references to death (see post, here). These two projects continue that concern, with a particular focus on promotional language.

An Abridged Sonic History of Global Conflict opens Saturday February 8th, at Zalucky Contemporary in Toronto, and continues until March 7th. The opening reception is from 4 to 6 pm on Saturday. For more information, visit the gallery site, here.


* The 2020 artist-in-residence will be announced later this month. 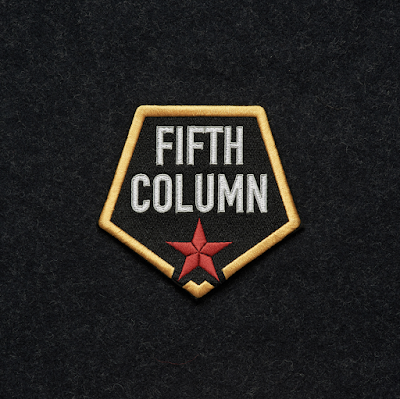