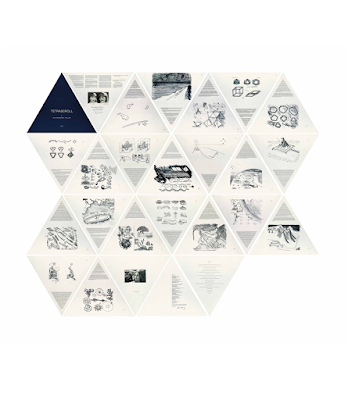 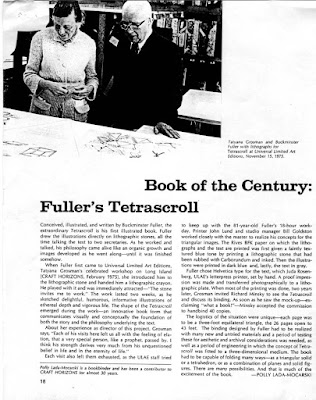 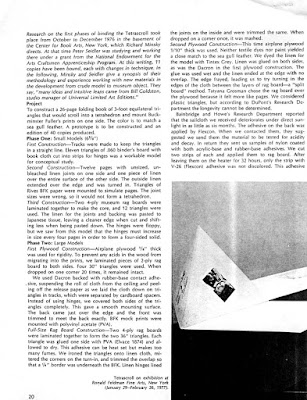 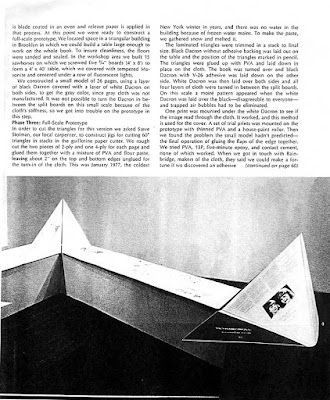 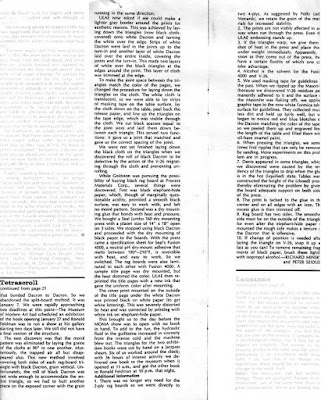 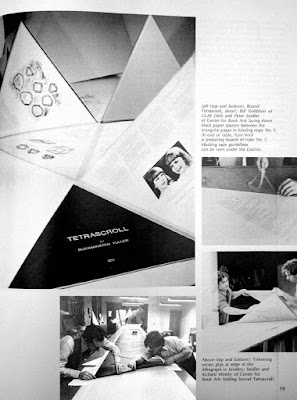 Buckminster Fuller's first illustrated book was developed from a teaching method based on the story of "Goldilocks and the Three Bears" that he created to explain some of his theories to his daughter Allegra.

The work consists of twenty-one lithographs, on Rives BFK paper, bound in twenty-six sections, each an equilateral triangle bound by Dacron polyester (most commonly used in sail-making). According to the (very detailed) "Craft Horizons" article above, Fuller drew directly onto the lithographic stones, while speaking with two secretaries. "The stone invites me to work", he said.

The pages were hinged together in such a way that they could produce a number of different shapes when unfolded, including a circle. When it debuted in January of 1977 it was presented two different ways, at concurrent exhibitions. At Ronald Feldmann Fine Arts it lay flat on plinths in the centre of the gallery, like two very large triangles. At the Museum of Modern Art, it was stretched across a wall, rounding a corner and continuing on the adjacent wall.

A second edition, also published by Universal Limited Art Editions, was released in 1981, two years before Fuller's death at the age of 87. It was made available in an edition of 375 signed and numbered copies. A trade version, billed as Tetrascroll: Goldilocks and the Three Bears, A Cosmic Fairy Tale (available to read at Google Books, here), was released a year later.

One of the first edition "book objects" sold at Christie's recently for $4375 US (against an estimate of between two and three thousand).
Labels: Buckminster Fuller