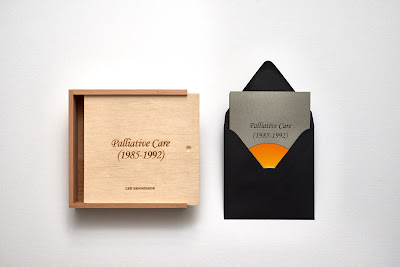 The NBC series was created by Susan Harris and starred Beatrice Arthur, Betty White, Rue McClanahan, and Estelle Getty, as four older women who shared a home in Miami, Florida. The show was both a commercial and critical success, and spawned three spin-offs and eight international remakes (Chile, Greece, The Netherlands, The Philippines, Russia, Spain, Turkey and the United Kingdom).

Henderson has divided his episode-length work into seven sections (for the series' seven seasons) and presents the clips chronologically, by original air date. In a Q&A after the screening, it was revealed that only five (of the 180) episodes were omitted from the work, for lack of a clear verbal reference to death.

The editing is quick and concise, with the rhythm dictated by the original scripts. The references are often mid-sentence and tightly trimmed, with rapid-fire pacing. When the word (death, dying, eulogy, heart attack, murder, die, etc.) falls at the end of the sentence, the canned laughter follows, serving as a strange form of punctuation.

Most of the dialogue takes place in the main set of the shared home - with it's soft pastel 1980's decor.
Other sets include a funeral home, a dinner theatre, and a hospital room. The character of Rose Nylund, portrayed by Betty White is often seen in a hospital bed, surrounded by her visiting friends. Of the four actresses, only White (now 94) remains. The others died within a year of each other at the end of the last decade.

Like many of his best works, Henderson's video offers a compelling (and often very funny) meditation on mortality. Beautifully packaged in a wooden box, the video is also accompanied by a bookwork/folding scroll of a list of each of the words or phrases heard in the video, in alphabetical order.