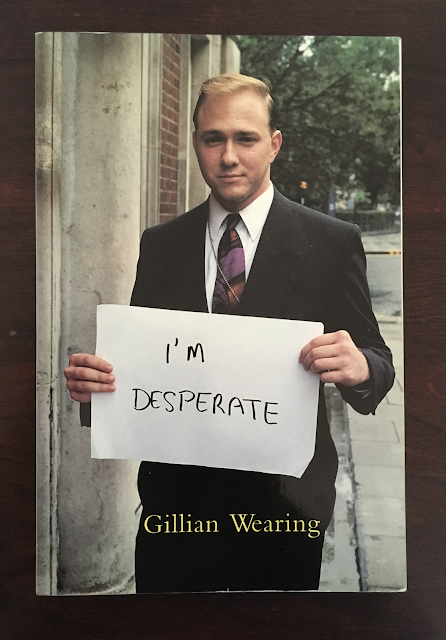 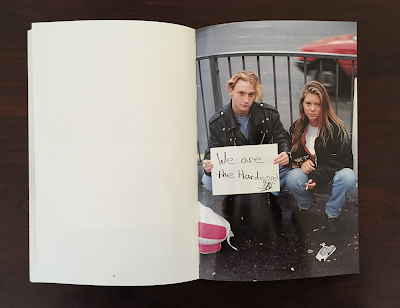 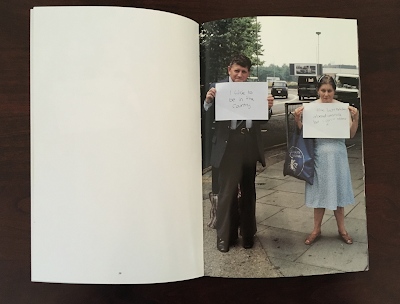 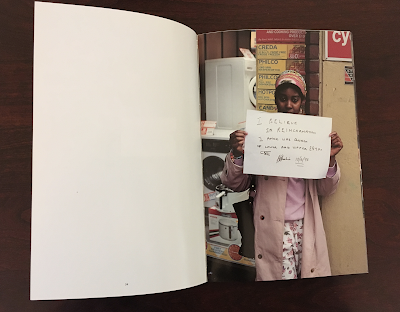 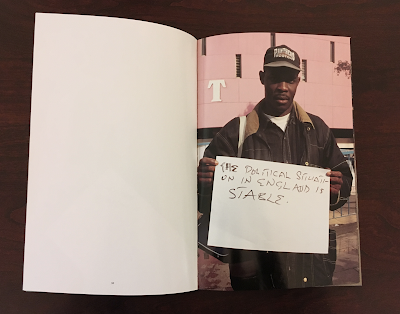 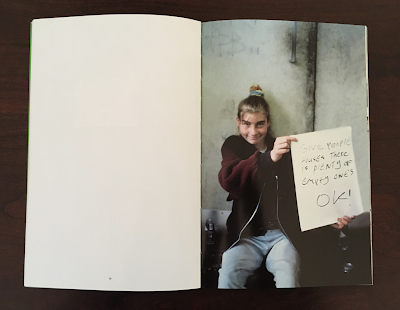 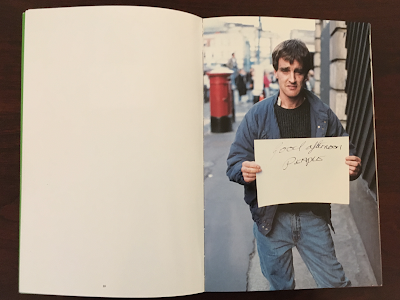 "When most people are stopped in the street they expect to be asked questions usually concerned with either a product, money, a survey, a personality test or directions. To be asked only to write something, anything, presents a challenge and creates a totally different relationship to the person posing the question. The bizarre request to be 'captured' on film by a complete stranger is compounded by a non-specific space; the blank piece of paper, which almost replicates an unexposed film.

Perhaps the fascination in the relationship between the person and their slogan is in the confidence or diffidence of the people being 'imaged' in the first place.

This image interrupts the logic of photo-documentary and snapshot photography by the subjects clear collusion and engineering of their own representation."


"What might make it uncomfortable is people being so honest. Especially within the art world, you can get very guarded. That's why I ask strangers, because people are much more honest to someone they're not going to see again."

From the Unshelved event at the AGO Library last night, hosted by Donald Rance (see previous post).