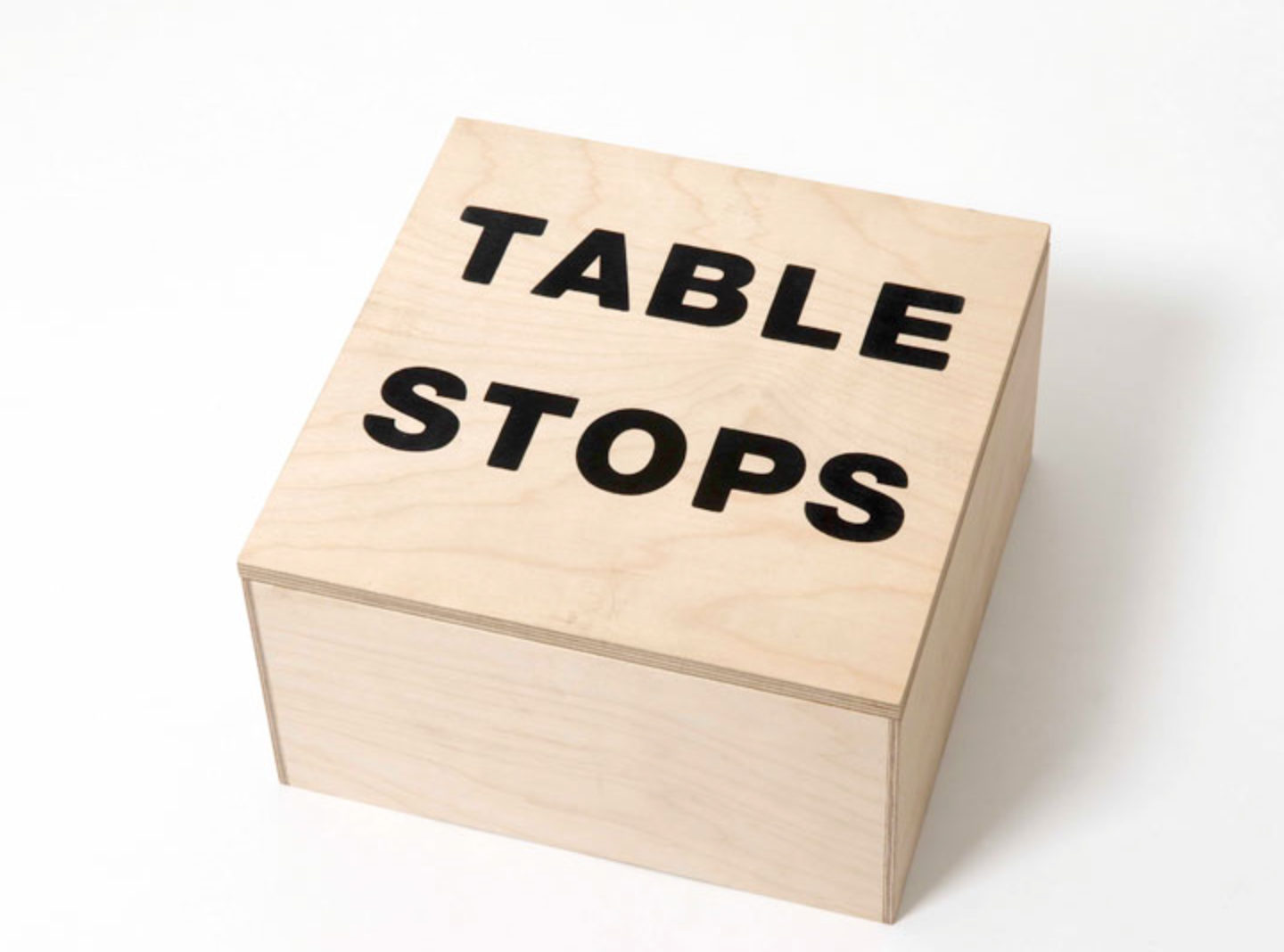 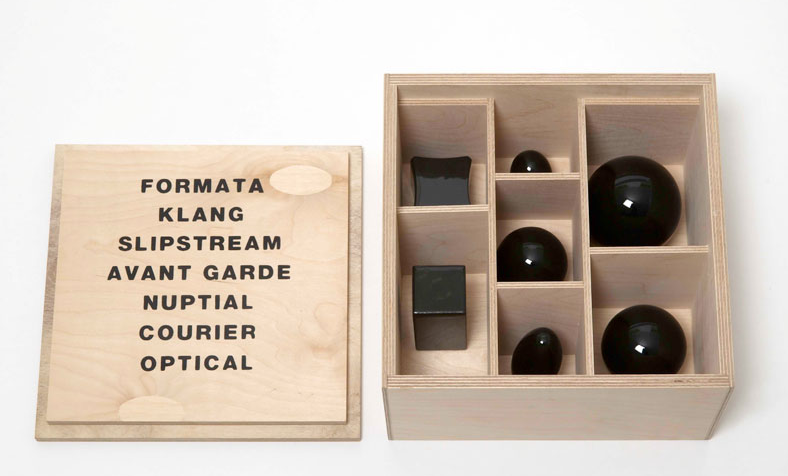 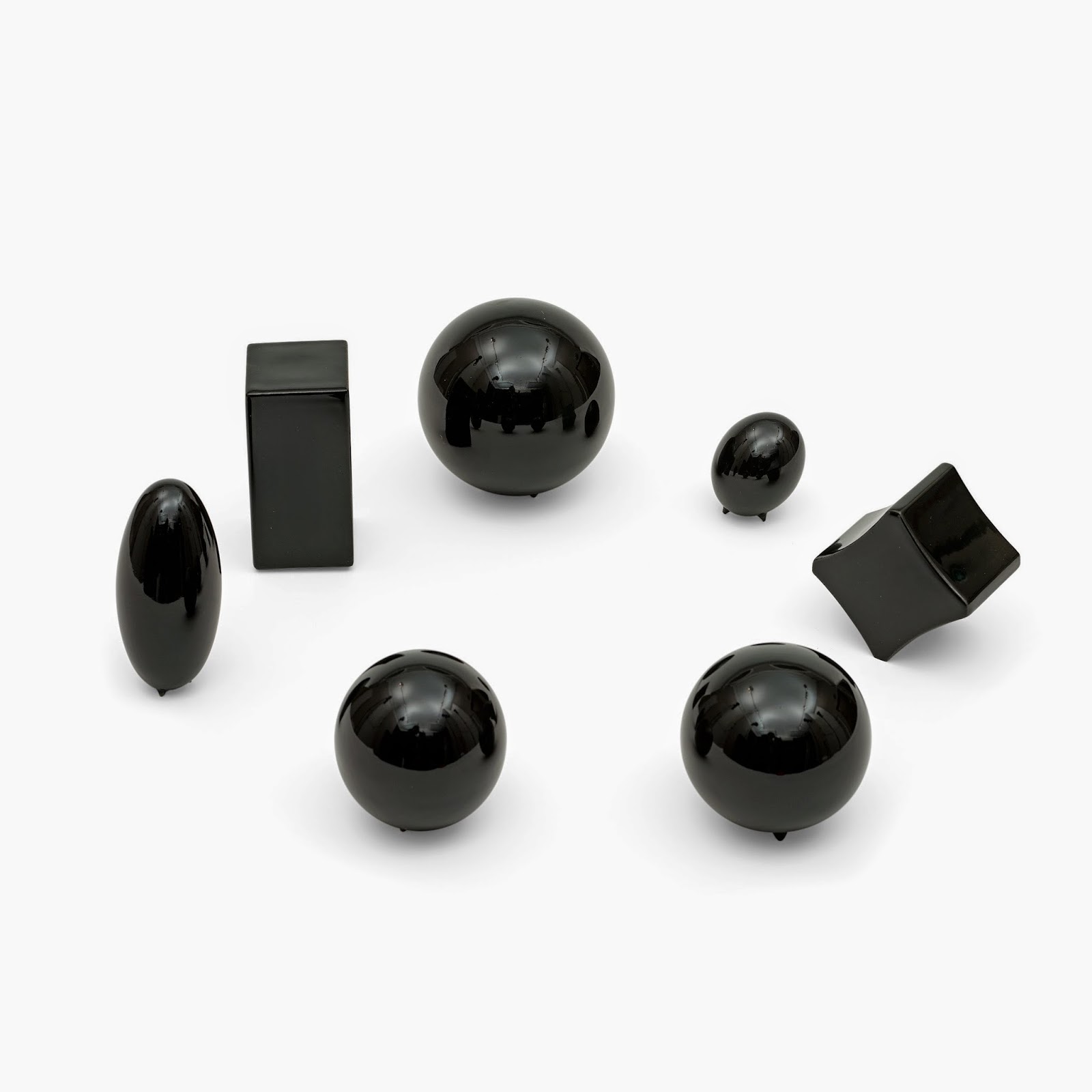 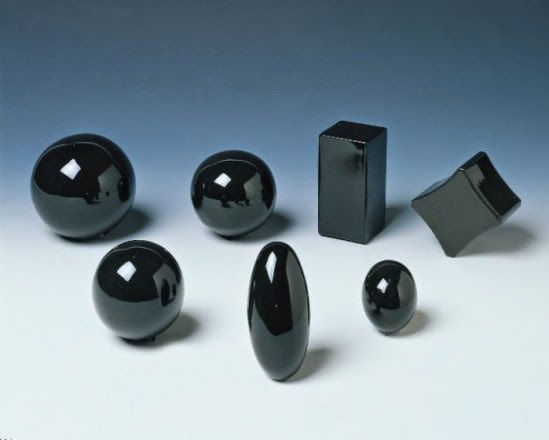 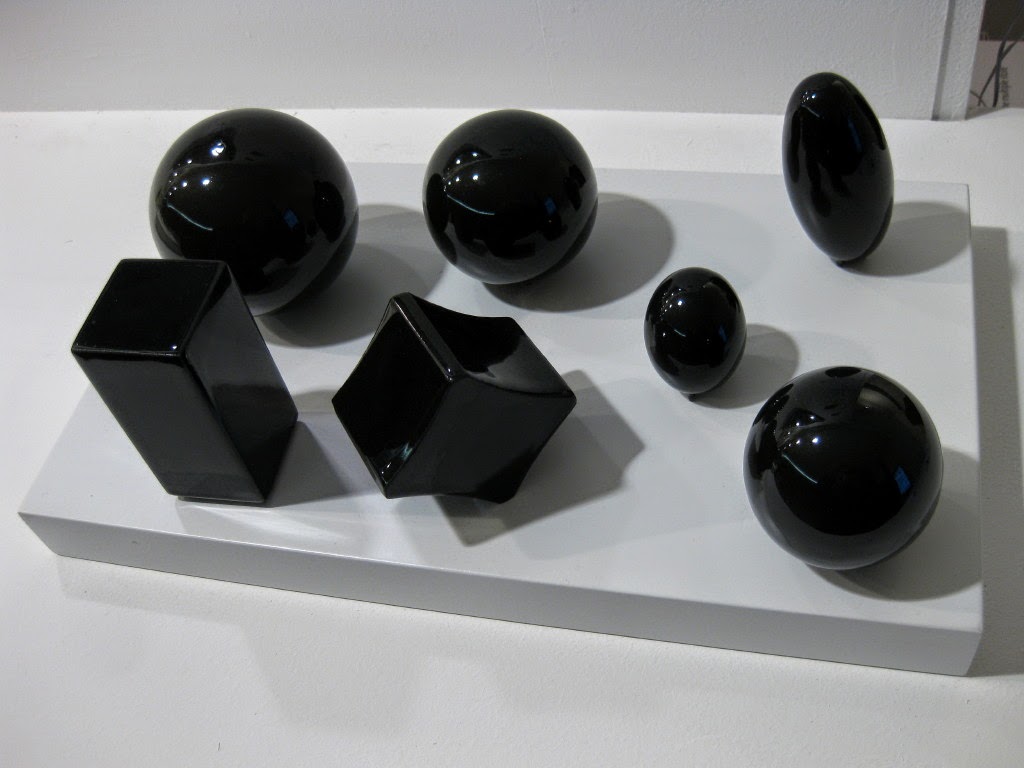 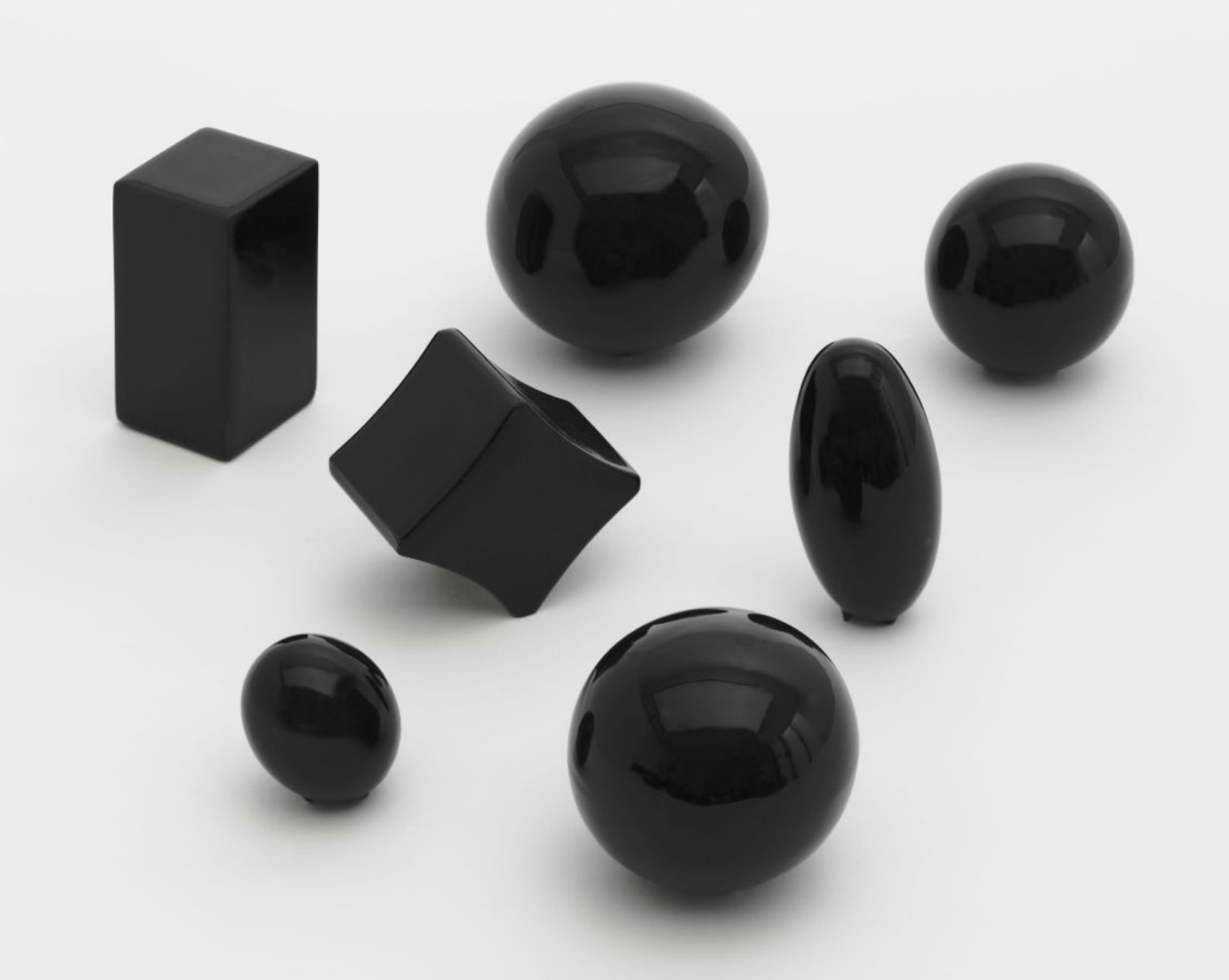 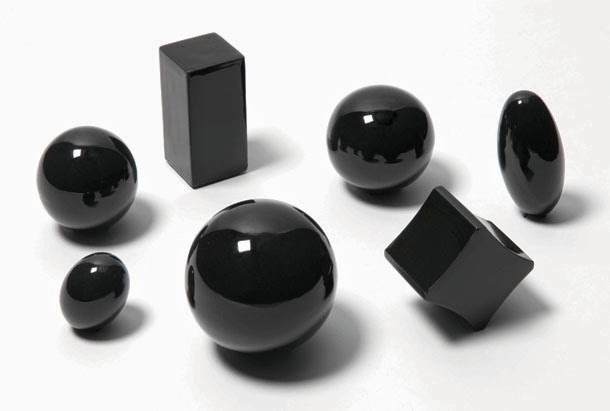 Fiona Banner followed the ‘wordscapes’ for which she became known - sprawling objective texts describing films ranging from Lawrence of Arabia to Point Break to pornography and, in her book The Nam, films about the Viet Nam War - with works using only punctuation, and no words. The ‘full stop’ (or ‘period’ in American English) became the subject of a series of graphite drawings and sculptural works made out of styrofoam and, later, concrete (see below).

Table Stops is a collection of seven glazed ceramic full stops, housed in a compartmentalized wooden box. Each full stop presents a different font reimagined as a three-dimensional object: Avant Garde, Courier, Formata, Klang, Nuptial, Optical and Slipstream. They are enlarged to the same scale, though vary considerably in size and shape.

"Table Stops are abstract points of focus. Like tableware, or executive toys, they are to be handled and moved around. The act of arranging and rearranging them enacts a silent conversation.” 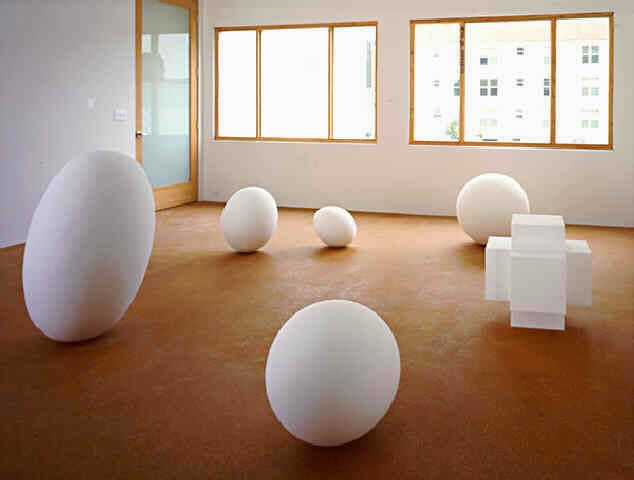 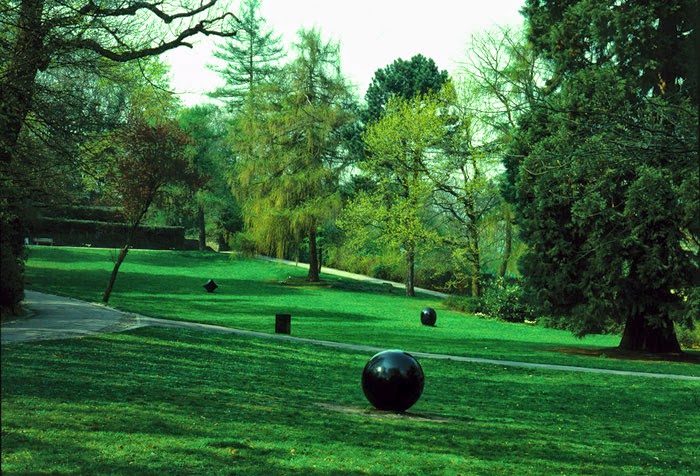