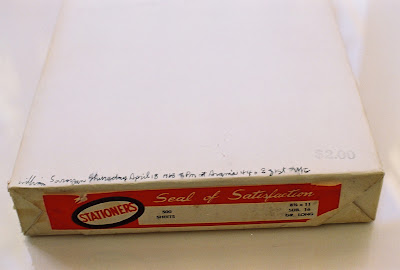 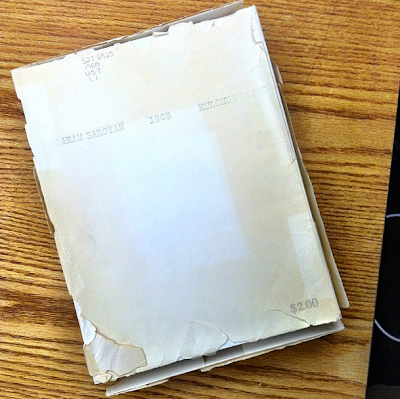 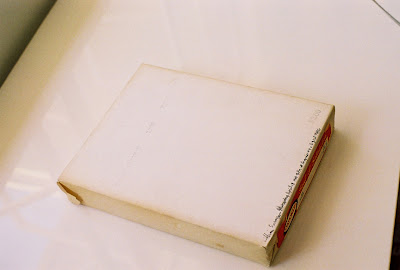 The third in Lita Hornick's Kulchur Press book series (which also included Screen Tests by Andy Warhol and Gerard Malanga) was an unopened ream of paper, hand-stamped and sold as a book for $2.00. Conceived of as a "literary minimalist sculpture", the author (a poet previously published by Random House) considered it his "first real work".

As part of his payment, Saroyan was sent 10 copies and few others seemed to have survived. According to WorldCat, SUNY Buffalo and Columbia University are the only libraries to have the work in their collection. The publisher destroyed all but a few copies of the work, believing that the piece was part of a larger conspiracy to discredit her as a publisher and editor. Their distributor wouldn't carry it, so after selling twelve copies and storing two "for history", she threw "the wretched little thing" into the garbage. "I didn't even bother to save the paper for typing" she wrote in her 1989 memoir The Green Fuse.

"My initial idea for the book was that it should be entirely, wordlessly, red--red cover, back-cover, endpapers, and all pages, with a copyright notation the only printed content. When this proved technically impossible according to Lita's printer, we discussed alternatives and eventually arrived at the wrapped ream of typing paper, including a commercial label, with a copyright notice and the price--$2.00--stamped on the front."