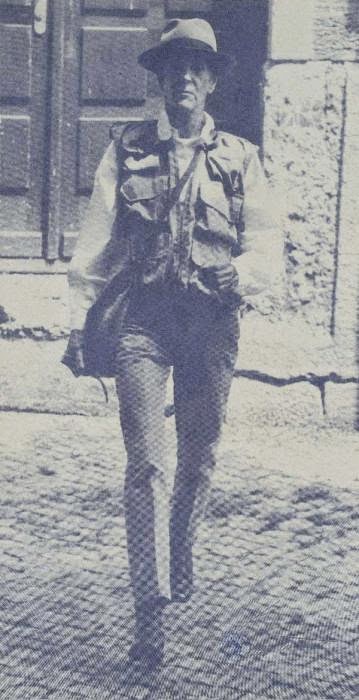 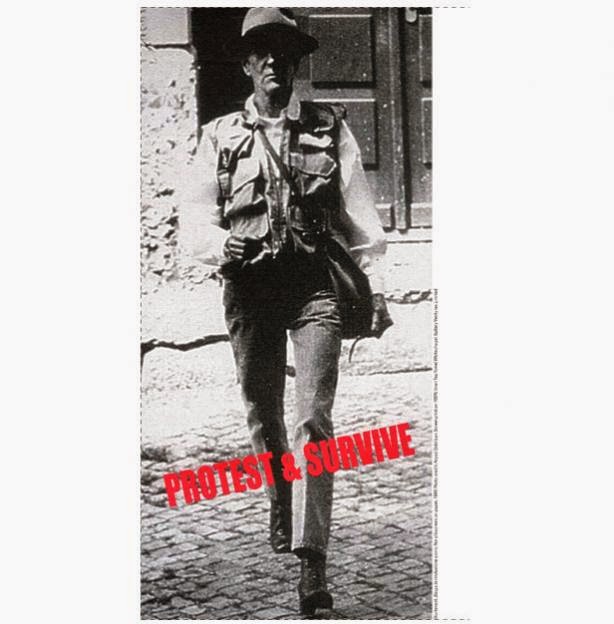 A linen tea towel with cotton embroidery featuring the artist dressed as Joseph Beuys, from 1988. The work was made to commemorate the Matthew Higgs and Paul Noble curated exhibition  'Now is the time to Protest. Without Protest there will be no Survival' from 2000.

Sturtevant died Wednesday in Paris, where she lived and worked. It is unclear as to her age, as reports on her birthdate vary from 1924 to 1930. Virtually all of her artistic output consisted of copies of work by other artists. Initially she began mimicking the work of Pop Artists Roy Lichtenstein, Claes Oldenburg, Jasper Johns, and Andy Warhol* before moving on to Beuys and Duchamp.

Other artists whose work she appropriated include Yvonne Rainer, Robert Gober, Anselm Kiefer, Paul McCarthy, and Felix Gonzalez-Torres. In most cases her mimicry began before the artists had achieved fame. She mastered a wide variety of media, including painting, sculpture, film and photography,  in order to successfully copy the range of artists who are the subject of her work.

At the fifty-fourth Venice Biennale she was awarded a Golden Lion lifetime achievement award.

*Sturtevant apparently copied Warhol's silkscreens so often that Warhol himself once deflected a question about his methods by saying "I don't know. Ask Elaine [Sturtevant]."

Brief obituaries can be read here and here.