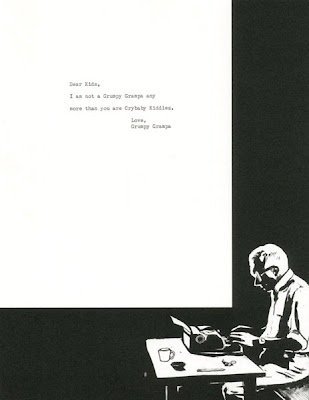 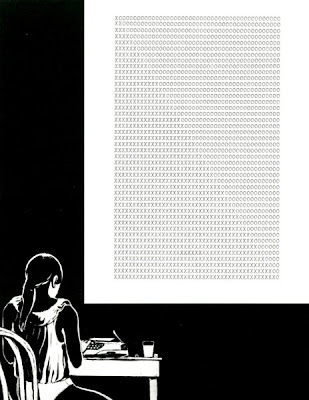 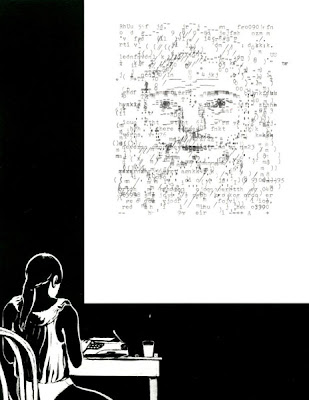 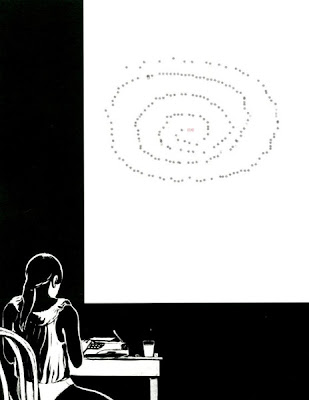 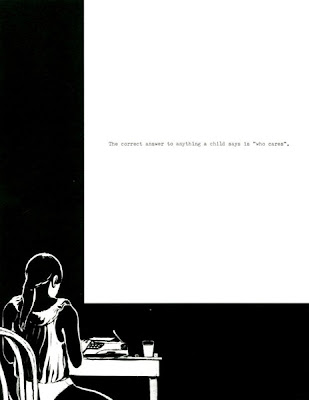 Late last year Paul + Wendy Projects released a series of digital prints by Michael Dumontier and Neil Farber called Typing. The work consists of a repeated image of an old man at his typewriter, and each copy of the open ended edition contains a unique, hand-typed message. The content consists of mostly letters, lists, and typographical imagery. The works are signed and sell for the very low price of $50.00.

These type of unique editions are uncommon but not unusual. P&W Projects almost have a series of such projects (including single-sheet works by Daniel Eatock and Micah Lexier; open editions in which no two are the same). To further muddy the notion of a 'unique edition', Farber and Dumontier have introduced a new variation to the Typing series. The latest copies added to the site, here, consist of a new image of a young girl at the typewriter.

I'm not sure if a young girl is more or less sympathetic than an elderly man, but somehow these read differently than the earlier Typings. They seem darker, sadder in tone, less surreal and funny.

As part of the Royal Art Lodge, Farber and Dumontier contributed the first P+W edition, Poster Making, which sold out very quickly and now is (occasionally) available on the secondary market at considerably higher prices. Make sure yer not kicking yourself for not getting one of these when they're gone.
Labels: Michael Dumontier, Neil Farber, Paul+Wendy Projects