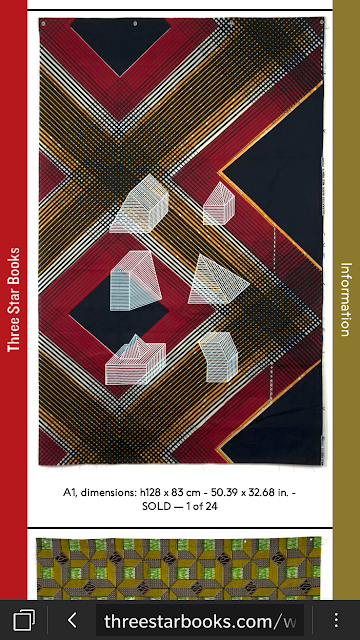 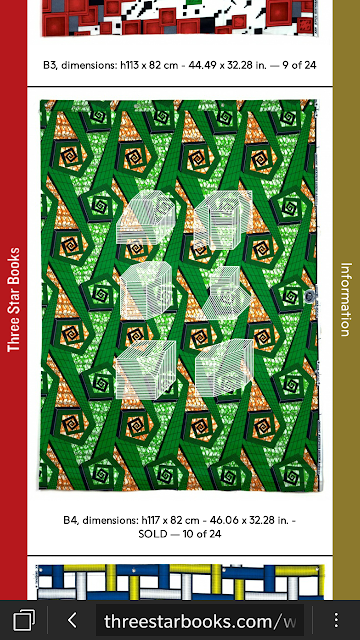 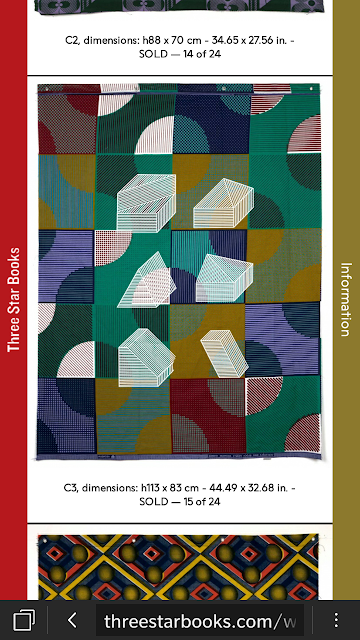 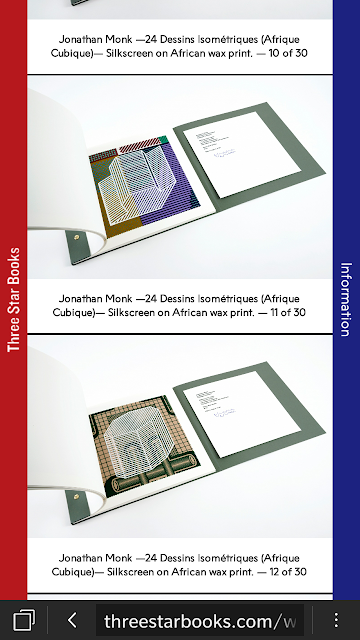 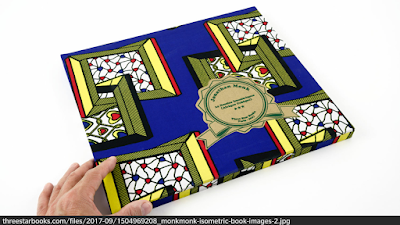 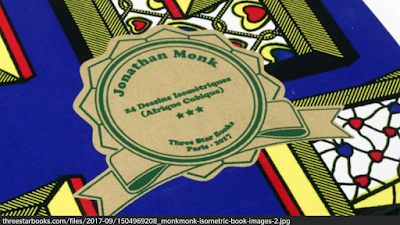 Jonathan Monk is always surprising. Somehow combining strategies of appropriation with those of conceptual art. The work is also affectionate. He loves Sol Lewitt. Turns out he also loves African fabrics, his house and studio being no stranger to the strong colours and patterns of this wax resist cloth. The fact that Franz West used it, as does Yinka  Shonibare is not a problem. Quite the opposite. Originality is another thing Monk gently undermines. Besides, they are beautiful.

Monk has produced two very interesting works with "Three Star Press". The first is a small edition book of 24 fabric ‎samples on which are screened Lewitt isometric drawings of geometric forms. The second is an edition of large monoprints on the same fabrics of groupings of Lewitt 's isometric drawings. A few copies of each remain available from Three Star Press.

Wax resist cloth ‎has an extraordinary story which Monk is tapping in to. Grossly oversimplified : Dutch traders found they could sell Indonesian batik in west Africa. Then Dutch fabric makers decided to make the cloth for sale in Africa, skipping Indonesia, appropriating the look of batik. African traders started making the cloth themselves, resembling and adding to the bold colours and patterns of its origins.  More recently Chinese manufacturers have actively copied African designs and manufacturers labels using industrial printing methods, selling the cloth to the African diaspora in places like Paris. Monk found his many times appropriated fabric in Paris.

John Cook is an architect in practice and teacher of Architecture ‎at Carleton University. He occasionally plays hookey at lunchtime to visit the National Gallery's extraordinary collection of artist books and multiples. He has been interested in multiples and works which were intended to circulate outside galleries since childhood. More recently Dave Dyment convinced him that includes books.
Labels: HRGP, Jonathan Monk, Three Star Books