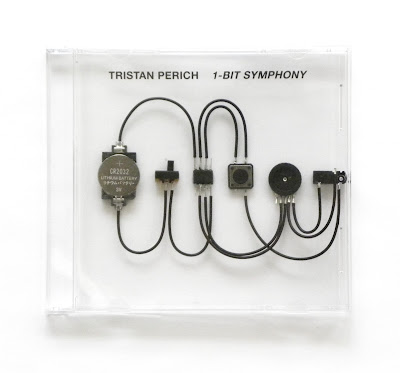 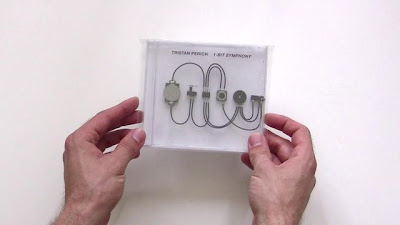 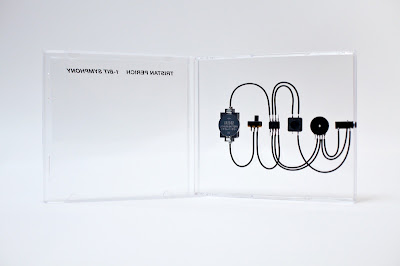 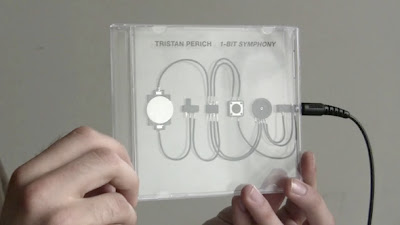 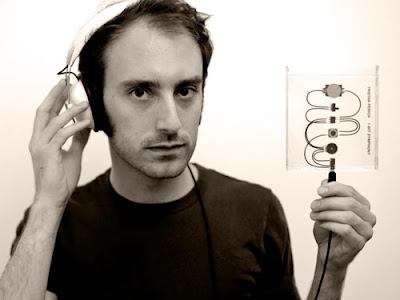 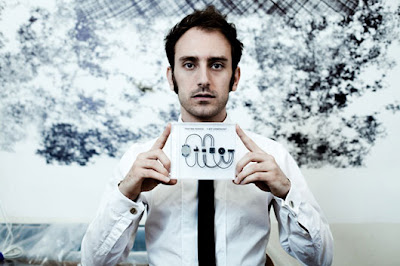 An electronic composition in five movements, housed on a single microchip. The work utilizes the same format as Perich's heralded (and sold-out) 1-Bit Music, which was also released by the Bang on a Can label, Canteloupe (in 2006). A jewel box contains the hardware which creates the music "live" once turned on, and it is listened to through a headphone jack mounted into the case itself. The artist programmed the circuitry and the jewel boxes are hand assembled.

The title is currently out of stock, but is available as pre-order (for the second run, presumably) for $29.00. Also available as a downloadable MP3 (for $10), here. A signed and numbered edition of 50, accompanied by a silkscreen of the schematic, is no longer available.

"I wanted to revisit the idea that an album of music could be more than just a recording, more than just an audio CD. That when you listen to an album, you could actually be experiencing -first hand- the production of the music itself."

A video of the work can be viewed here.
Labels: audio art, boxed works