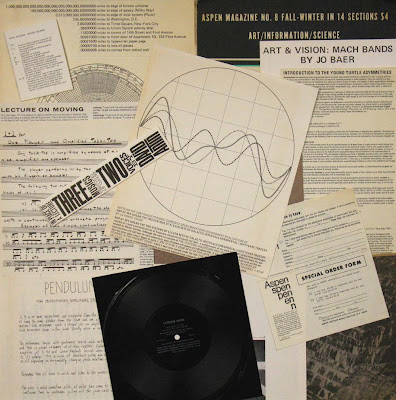 Aspen #8 is often referred to as “The Fluxus Issue”, presumably because George Maciunas was responsible for the design. Though, other than Maciunas, the only artists involved with the publication who were active in Fluxus were Jackson MacLow and La Monte Young, who contributed the recordings on the flexi-disc. MacLow’s Young Turtle Assymetries, chance-generated poems for five simultaneous readers, was the A-side, backed with Young’s Drift Study 31 1 69.