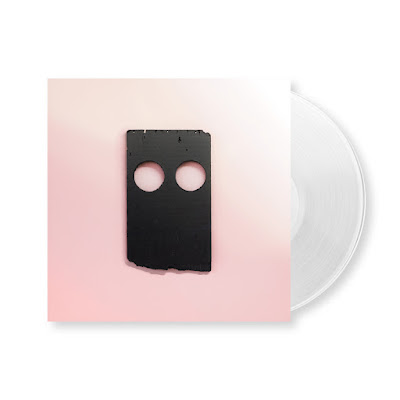 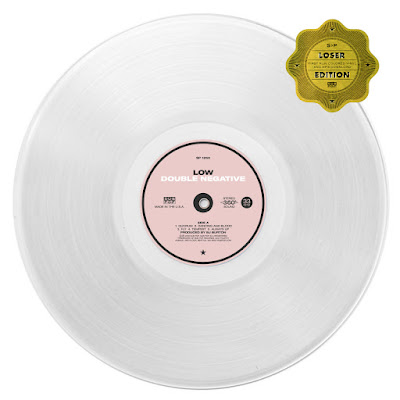 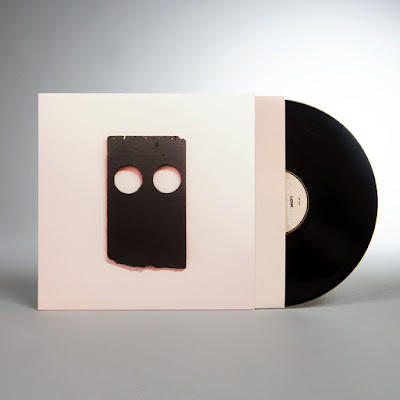 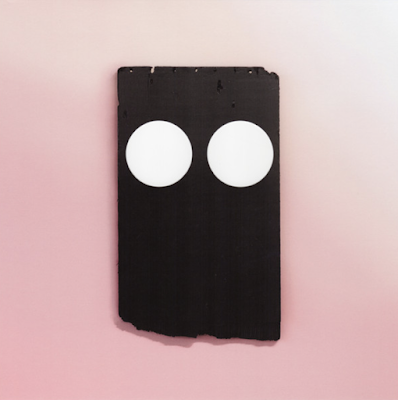 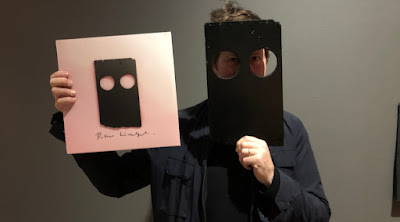 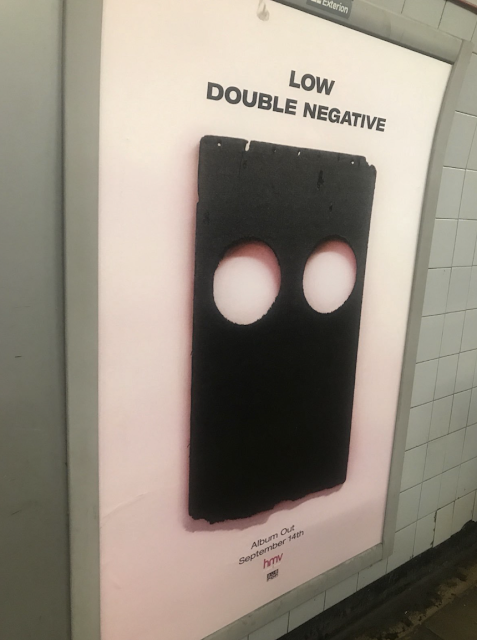 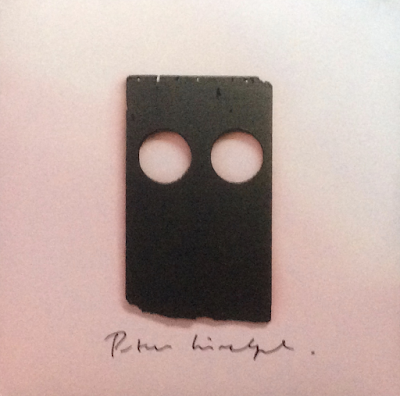 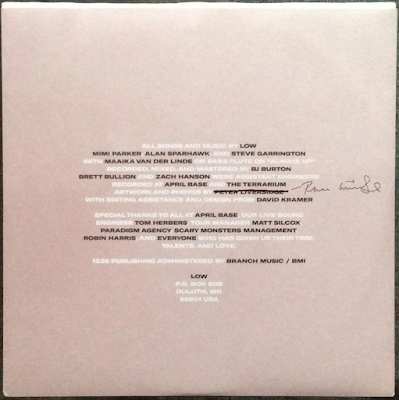 Double Negative is Low's 12th album, which Pitchfork describes (in a 8.7 out of 10 review) as an "album with noise coming out of its wounds."

The record features "Artwork and Photography" credited to London-based artist Peter Liversidge. Pictured above is the "Loser Edition", the first run of colored vinyl. The LP also included a card-stock mask insert.

The imagery is based on the pareidolia-type faces that have long-appeared in Liversidge's work (see below). His relationship with the band dates back to the stage design and projection backdrop he created for their Royal Festival Hall performance in 2012. They worked together again a year later, for their performance at London's Barbican Centre in April 2013. Liversidge also designed the cover for their 2015 LP Ones and Sixes, which featured images of an owl photographed in British Columbia.


"25 years later, [Low] are completely reinventing themselves via deconstruction and manipulation. These are soundscapes and collages as much as traditional songs, yet they engage in the same way Low always has, and the sounds that are not there remain as important as the ones that you hear. Having worked with celebrated artist Peter Liversidge previously, it makes sense then that they would be drawn to a photo of one of his simple mask sculptures. Liversidge is an artist I tend to enjoy in ways that I may not always be able to explain (“I know it when I see it”) and often his executions leave me wanting a little. Not so with these masks, which boil things down in such a manner that I find them irresistible. Just two eye holes in this case to let you know what you are dealing with. In the end, it’s the perfect pairing, as Low does exactly the same thing with their music." 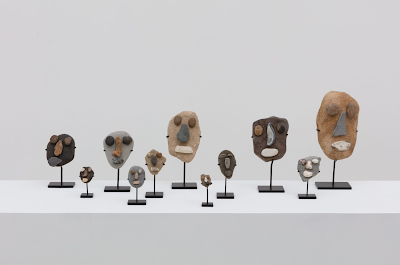 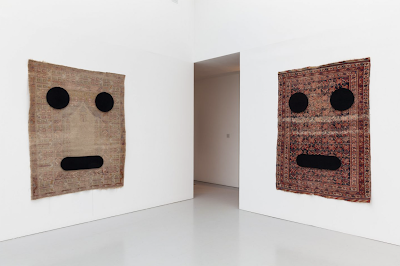