Louise Bourgeois | No No No 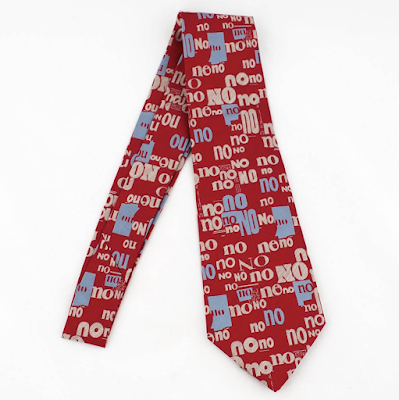 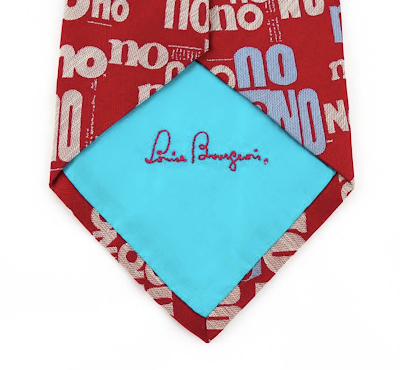 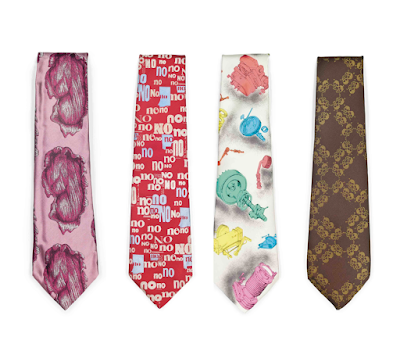 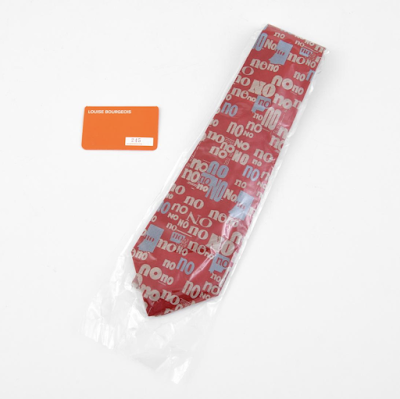 In 1973, Bourgeois joined a protest march in support of striking employees from the Museum of Modern Art. She carried a sign on which she had repeatedly painted the word "no." The sign was painted on the back of an untitled painting from over 25 years prior, which now is housed in the collection of the Rijksmuseum Kröller-Müller in Otterlo, Netherlands.

Shortly afterwards, Bourgeois executed a large collage using cut-outs from newspapers and magazine clippings, displaying the word "no" in various typefaces and sizes.

She returned to this motif in 1992, when approached to produce a benefit print for Doctors of the World, a French humanitarian organization.

This tie, produced eight years later, reproduces No (1) in red and blue, with the artist's signature embroidered in red thread on the lining. It is made from woven silk and cotton.