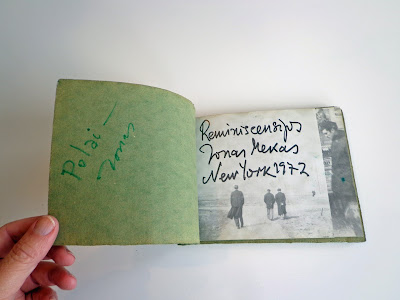 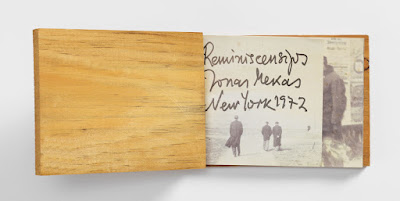 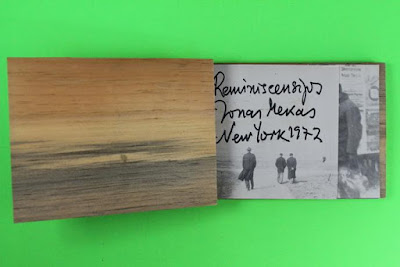 Lithuanian Filmmaker Jonas Mekas - often called "the godfather of American Avant-garde cinema" died yesterday, at the age of 96. Below is a quickly cobbled together bio.


Mekas was born on Christmas eve, in Semeniškiai, Panevėžys, in 1922. When he was 18, the Germans invaded Lithuania. He joined the resistance, typing out news stories sourced from BBC broadcasts and distributing them clandestinely.

Mekas attempted to flee the country in 1944, but he and his brother Adolfas were removed from their train, and were imprisoned in a Nazi labour camp near Hamburg. They escaped after eight months and hid on a farm near the Danish border for the remaining two months of the war. They then spent time in displaced persons camps.

The pair decide to emigrate, and briefly considered Canada (1947 Diary entry: : “Everybody’s signing up for Canada. Mostly they are looking for tailors, shoemakers, professions like that. It’s enough to know how to sew a button on-you are hired. No requests for poets yet”) before settling on Williamsburg, Brooklyn.

The brothers founded Film Culture magazine, which quickly became one of the most important American film journals of the time. The magazine published 79 issues between 1954 and 1996. Many issues are rare and valuable now, but PDF selections can be viewed at Ubuweb, here.

In November, 1958, Mekas became the first film critic for the Village Voice newspaper, with a column titled Movie Journal. “I went to see Jerry Tallmer, at the Village Voice, and I asked him why there was no regular movie column in his paper. He said, why don’t you do one? I said, O.K., I’ll have it tomorrow.” His goal was to “become a self-appointed minister of defense and propaganda of the New Cinema”, he wrote in a recent reissue of these writings, “I couldn’t afford wasting any of my space writing on commercial cinema."

In 1962 Mekas founded the Film-Makers' Cooperative, and two years later the Film-Makers' Cinematheque, which eventually became Anthology Film Archives, one of the world's largest and most important repositories of avant-garde cinema, as well as a screening venue.

"Mekas, a founder and guiding light of the Film-Makers’ Cooperative, was not at the theatre at the time, but when he was notified of what was happening, he rushed down and demanded that he be arrested too. The police obliged.…"

His friends and collaborators included John Lennon and Yoko Ono, Salvador Dalí, Kenneth Anger, Allen Ginsberg, Jack Kerouac, William Burroughs, Nico, Jackie Kennedy (whose children he tutored), and Andy Warhol. “In my loft,” he told the Guardian, “Andy met film-makers and was inspired by them. That’s where he got the [filmmaking] bug. My loft was a gathering space for musicians, poets, film-makers.”

As a filmmaker, Mekas was awarded the Grand Prize at the Venice Film Festival in 1963 for a film called The Brig, about a military prison. Reminiscences of a Journey to Lithuania (1972) was added to the National Film Registry of the Library of Congress. Other films include Walden (1969), Lost Lost Lost (1975), Scenes from the Life of Andy Warhol (1990), Scenes from the Life of George Maciunas (1992), Letter from Greenpoint (2005), Sleepless Nights Stories (2011) and Out-takes from the Life of a Happy Man. In 2007, he produced a film a day, for 365 days, released on his website.

He is the author of over twenty books and his work has exhibited at galleries and museums around the world, including Serpentine Gallery, the Centre Pompidou, Musée d'Art moderne de la Ville de Paris, the Moderna Museet (Stockholm), PS1 Contemporary Art Center MoMA, Documenta of Kassel, the Museum Ludwig in Cologne, the State Hermitage Museum in St. Petersburg, and the Venice Biennale.