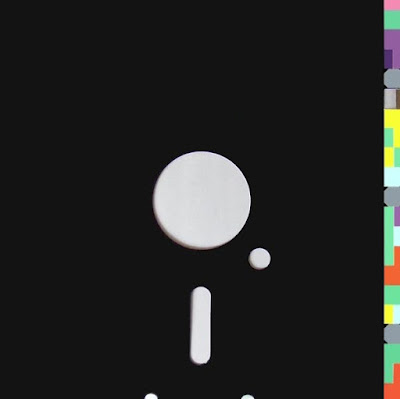 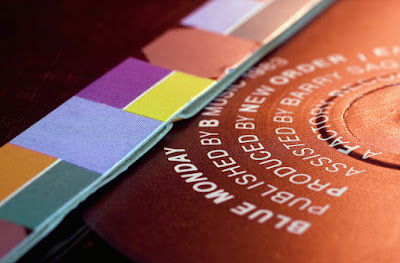 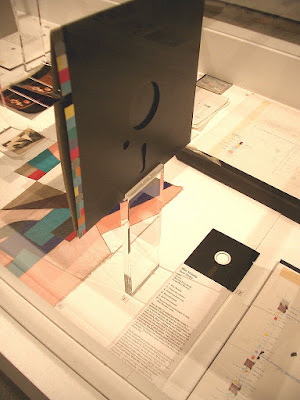 The sleeve for New Order's fifth single was created by Factory Records in-house designer Peter Saville and Brett Wickens, the Hamilton-born designer he ran his agency with. Designed to resemble a 5¼" floppy disk, the sleeve does not display either the band's name or the song's title, other than in code. The coloured blocks can be deciphered using a legend printed on the back of the group's full length LP Power, Corruption & Lies.

“I’d been to see the band in the studio and Stephen [Morris] gave me a floppy disk to take home" said Saville. "I thought it was a beautiful object. At the time, computers were in offices, not art studios. The floppy disc informs the design and the colour coding was from my interest in aesthetics determined by machines. It reflected the hieroglyphic visual language of the machine world. For example, the numbers in your cheque book aren’t really for you, they’re for a machine to read."

Saville rarely ran his designs by the label or even the band, partly as a result of his legendary tardiness. “Where is it? It’s late, it should have been done weeks ago," he recalls being told, "just get it to the fucking printer.”

The printing costs on Blue Monday were notoriously high, due to the use of an elaborate 3-step die-cut process. It has been reported that the costs of producing the single came to £1.10, and it was to sell in stores for £1. Other stories list five pence as the loss per copy sold. The discrepancy is presumably due either to the inexactitude of myth-making, or the company's laissez faire accounting.

Steve Coogan as Factory Records' Tony Wilson in Michael Winterbottom's 24 Hour Party People remarked "They're gonna sell fuck all, so it doesn't matter." Based on the band's previous singles (all of which had failed to crack the Top 30) and the seven-and-a-half minute run-time, no one at the label predicted a hit. The song went on to become the  top-selling 12" single of all time, losing the label substantial money.

"I am so bored with this story," Saville says now. "I don’t know if [it's] true. I sent the cover straight to the printers because everyone was in a hurry. I doubt the printers even gave a quote for Factory to respond to. The band had handicapped themselves as no one was likely to play it on the radio because it was seven minutes long. Ironically it sold a lot, and with an expensive sleeve."

The 1988 and 1995 versions were packaged in more conventional sleeves. "[They] banged out a cheaper version," Saville said in 2013.  "I don't know how many thousands were sold the original way, or whether Factory were charged the full price for something they didn't get, which would be very Factory."


Hear the song performed by the Orkestra Obsolete, using only instruments available in 1933 (the theremin, musical saw, harmonium and prepared piano), here.