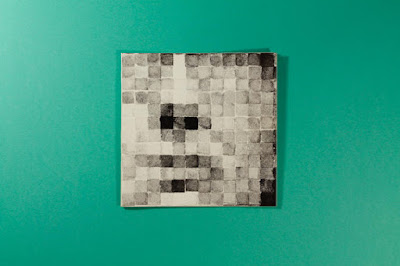 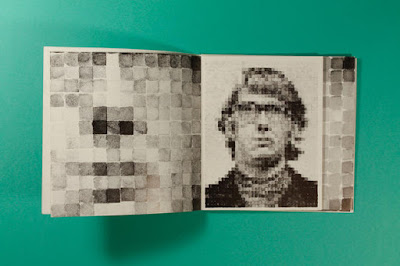 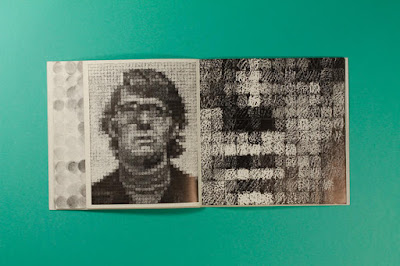 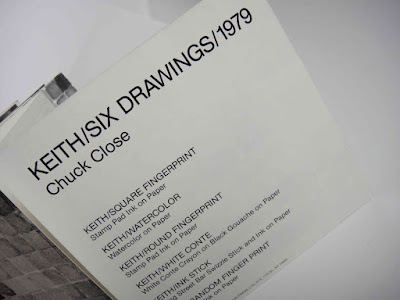 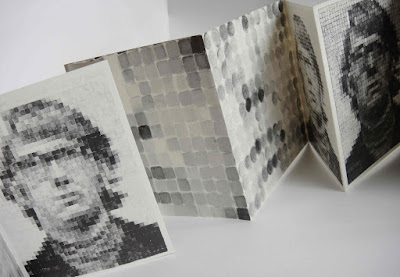 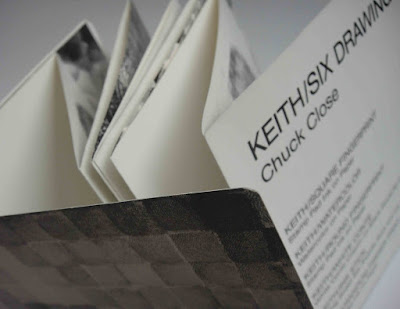 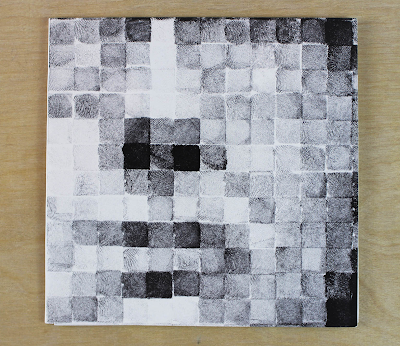 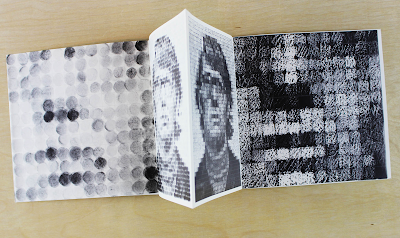 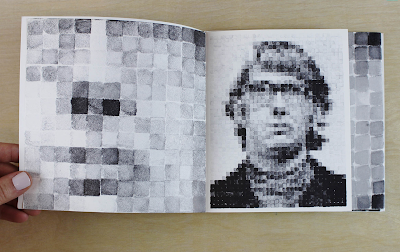 Six drawings of sculptor Keith Hollingworth, who Close had first painted almost a decade prior. The two had become friends while they were both teaching at the University of Massachusetts, Amherst. The drawings are made using six different mark making and thumb printing techniques: fingerprints, water colours, white conte, black gouache, ink sticks, and Spring Street Swizzle Sticks

"Chuck and I had been friends for some time when he approached me and asked if I would be one of his "mug shots," as he then called them. A series of shots was taken by my brother Wayne, who worked as a professional photographer at the time. Chuck was amazed about the images being so consistent. The explanation is simple: as I have a facial paralysis, I preferred to just hold my face and avoid the risk of showing an asymmetrical expression. That was the sitting. Then, a grid system was applied to a 16 x 18 inch photograph to blow the image up. It was hard for me to look at the finished work. But this was mainly because of my facial paralysis, as I hadn't come to terms with it. In the long run, it was also difficult to understand that "Keith" and I had become two completely separate entities.

When the painting was finished, Chuck had a show at the Bykert Gallery and asked if I would help him hang it. It felt odd to have the art handlers speak of moving "Keith" around as they worked to organize the show. Henry Geldzahler, the legendary curator of contemporary art at the Metropolitan Museum, came by. Although I attempted to stand a little taller so that he would make a connection between me and the painting, neither he nor anyone else noticed the relationship.

In 1998, I took my family to see the [Chuck Close] retrospective at MoMA. My sons quickly stepped out of the first room where my portrait was. I think they couldn't bear to see me so oversized. They also had to go through another room with even more versions of the portrait, all of them of respectable sizes, too: a Mezzotint and a series of drawings. One of my sons remarked that I looked so angry. Actually, he was right: I was quite angry at that time in my life.

In the beginning, the painting, and later the mezzotint and other images, made me uncomfortable because of my poor self-image. As the years have passed, however, I am able to talk about the portrait without feeling at odds with myself. I have to continually remind people that the painting is famous, and I am simply the subject."