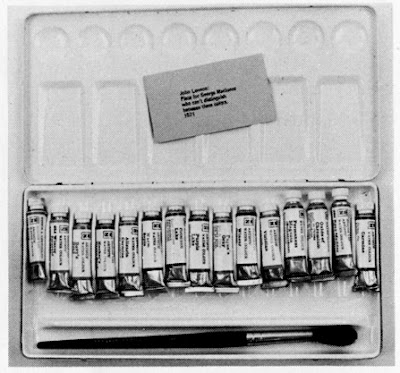 Little is known about this work. It was never advertised in any of the Fluxus newsletters or mentioned in Maciunas' prolific correspondence (unlike countless other editions which were proposed but never materialized). However at least two copies exist: one in the Getty collection and other in the legendary Gilbert and Lila Silverman Fluxus collection.

The work is proposed as a gift to Maciunas (who was colour blind) but the typewritten card displays the hallmarks of his design, suggesting it was intended as a Fluxus edition.


Lennon was shot dead in front of his NYC apartment 33 years ago today.