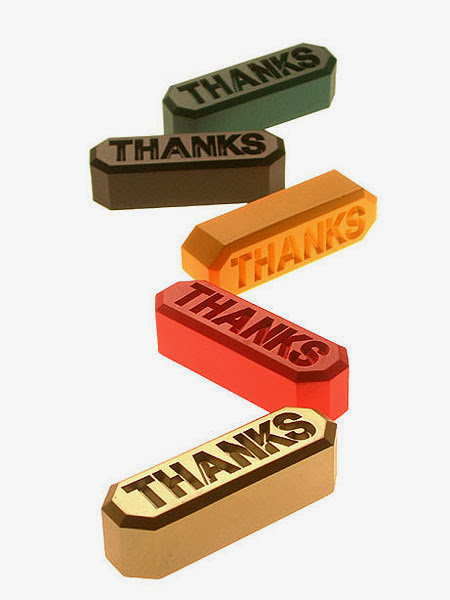 This edition is the perfect way to play it forward this holiday season. Give all five of these charming resin objects to one special person, or divide them up among several folks who deserve your appreciation. Produced by the New York-based McCollum, this multiple reflects the serial nature of his practice, and his early interest in Fluxus and its role in expanding art into the realms of interaction and exchange. They are also the most affordable rendition of his ongoing Visible Markers series. Started in 1997, the objects in this series have also been cast in concrete and Hydrocal in various shapes, and there's even a "danke" version.

Bill Clarke is a Toronto-based collector of works on paper, artist's books and multiples. He also contributes regularly to New York-based ARTnews magazine, and is the editor of Magenta Magazine online, a visual arts publication produced by the Magenta Foundation.