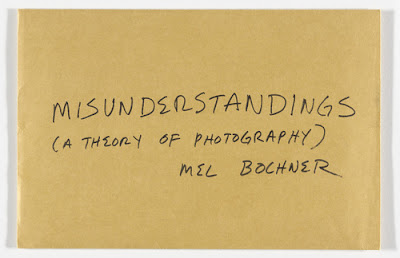 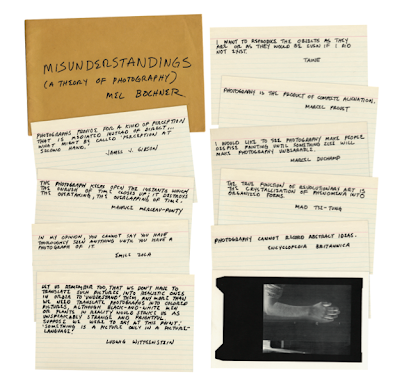 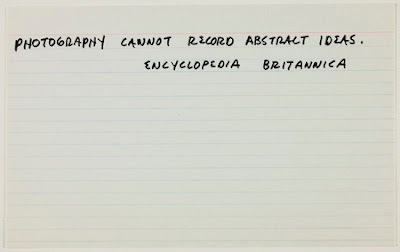 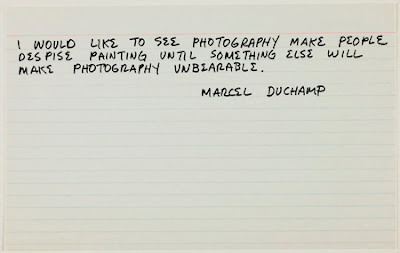 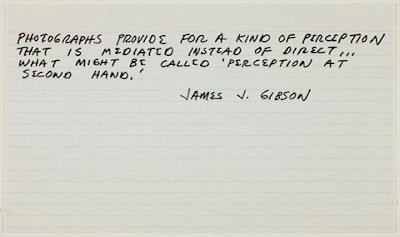 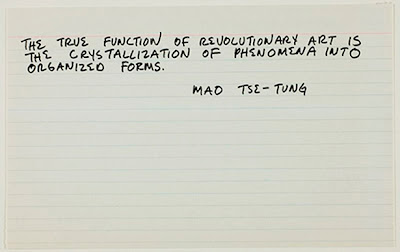 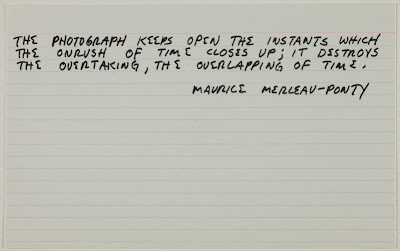 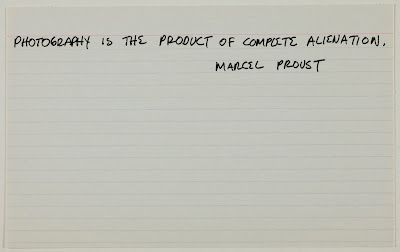 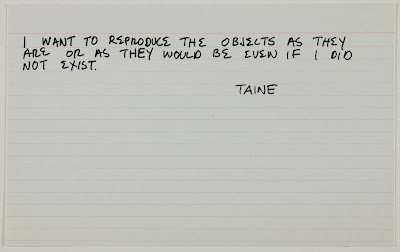 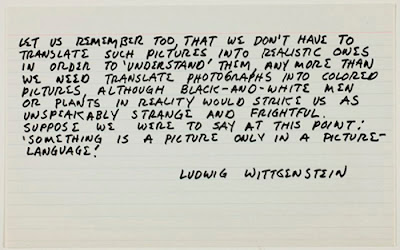 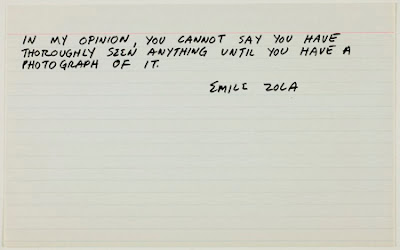 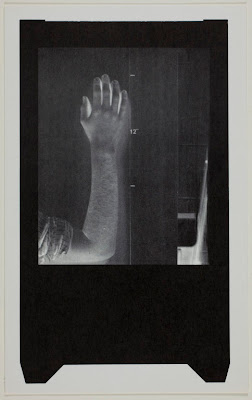 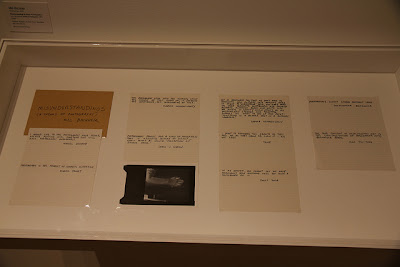 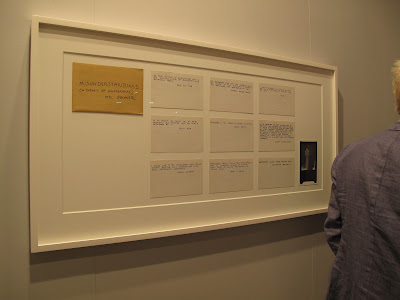 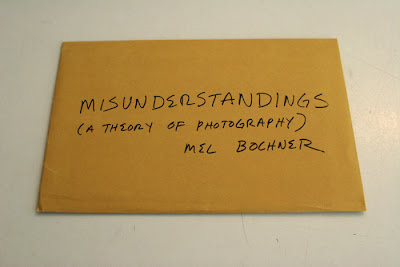 
“When I realized in 1967, that my work had become about photography without wanting it to – I thought, I should do some research, look into the history of the medium and find out what’s been written about it, what the issues are.” What I found was really pretty dumb – it had no value in any theoretical terms. And the more I read, the more I began to see it all as a colossal misunderstanding. So I started compiling a set of misunderstandings. After a while I had quite a large number of these quotations which I wanted to publish. The first title was “Dead Ends and Vicious Circles”… I submitted it to Artforum but Philip Leader said ‘we’re not a goddamn photography magazine, this is an art magazine, don’t give me anything on photography, we don’t do photography!’ Then I sent it to Art in America and they were not interested either, but suggested that I send it to a photography magazine! Like Popular Photography! Well I knew that no photography magazine could possibly be interested in this, so I put it in a drawer and forgot about it. Then in 1970, Marian Goodman, who then had a gallery called Multiples Gallery, came up with the idea of doing a boxed multiple set of artists’ photographs. She made this box which was quite an amazing thing, it had Smithson, Graham, Ruscha, Dibbets, Rauschenberg, LeWitt, myself and a number of other artists. My contribution was a version of Dead Ends and Vicious Circles, a compilation of quotations I titled “Misunderstandings (A Theory of Photography).” And to further add to the confusion, three of the quotes were fakes, I made them up. The last card in the envelope is a reproduction of a negative of a Polaroid, but of course Polaroids don’t have negatives!”