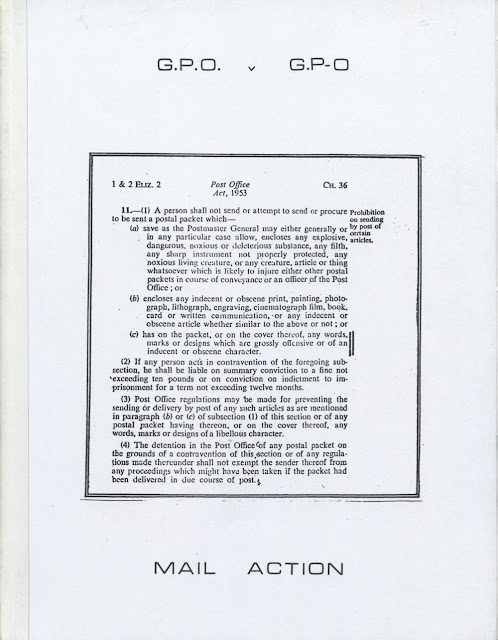 G.P.O. v G.P-O: Mail Action was the 2nd in a series of Art Metropole "bootleg" publications (made in collaboration with the artists) that also included Sonic Youth, Dave Allen and Scott Trelevan. The xeroxed book is a facsimile reprint of a long-out-of-print title published by Ecart Publications in Geneva, in 1976.

P-Orridge took the trial as an opportunity to turn the case into another performance. The contents of the book reprint the artist’s collection of official investigation documents from the post office, the police, the courts, and correspondence from artists, writers, lawyers, and friends, such as author William S. Burroughs.

The title was available in an edition of a hundred (I seem to recall), 23 of which were signed and numbered and included colour copies of the artist’s postcards, and a rubber stamp bearing the text “UNSOLICITED PORNOGRAPHY”.

Primary Information released a third iteration of the book in 2013 [below], which is now also no-longer-available.


Yesterday it was announced that Psychic TV’s upcoming tour dates in Europe have been postponed because Genesis Breyer P-Orridge has been diagnosed with chronic myelomonocytic leukemia.

“We kept hoping we’d be OK but today heard the illness has got worse this week. My sincere, oh so sad apologies for all of you who bought tickets,” P-Orridge wrote on Facebook. “We are heartbroken to have seen the insane amount of work Matski and Edley [ODowd] have put in to set all this up only to have my old 67 year body say it needs a rest. We’ve been touring for about 50 years now. It’s the first time we have had to do this. We hope it will not be necessary again.” 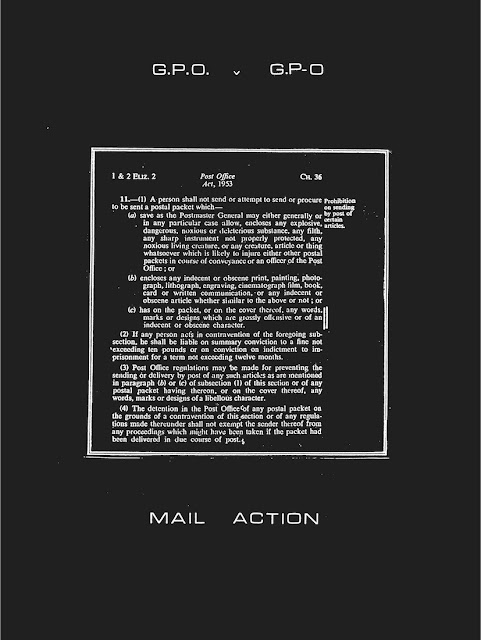