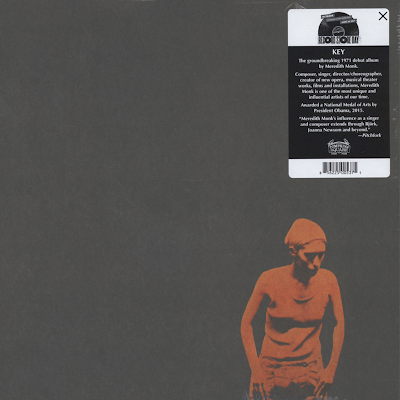 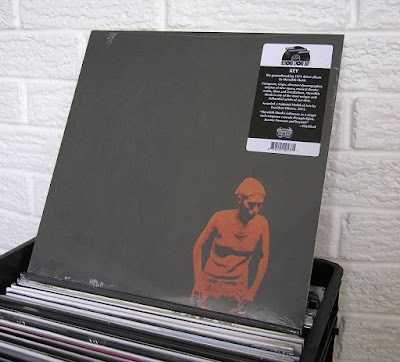 Monk's debut record contains her earliest compositions for voice, composed and performed between  1967 and 1970. The disk features vocals from Fluxus artist Dick Higgins and photography by Peter Moore.

“In Key I wanted to create a constantly shifting ambience. Each song dealt with a different vocal character, landscape, technical concern or emotional quality. I was trying for a visceral, kinetic song form that had the abstract qualities of a painting or a dance. I knew that I didn’t want to set music to a text; for me, the voice itself was a language which seemed to speak more eloquently than words. I chose certain phonemes for their particular sound qualities. In a sense, each song became a world in itself with its own timbre, texture and impulse.”


Monk has just been awarded the quarter million dollar Lillian Gish Prize, which will be honoured during a ceremony at the Brooklyn Academy of Music on October 26. She was chosen from among more than sixty-six finalists in the fields of visual and performing arts, literature, and arts administration. Previous recipients of the award include Trisha Brown, Laurie Anderson, Frank Gehry, Peter Sellars, and Bob Dylan.


“I am humbled and grateful to receive the Gish Prize,” Monk said. “It’s exceptional for being a prize that a great artist decided to give to other artists, and even more special for the values that Lillian Gish expressed when she said it should recognize contributions to ‘the beauty of the world.’ I believe, as she did, that art can be a healing force, a source of light during dark times. With boundless admiration for her, and profound respect for the artists who received this prize before me, I am thrilled to have been chosen for this one-of-a-kind award.”