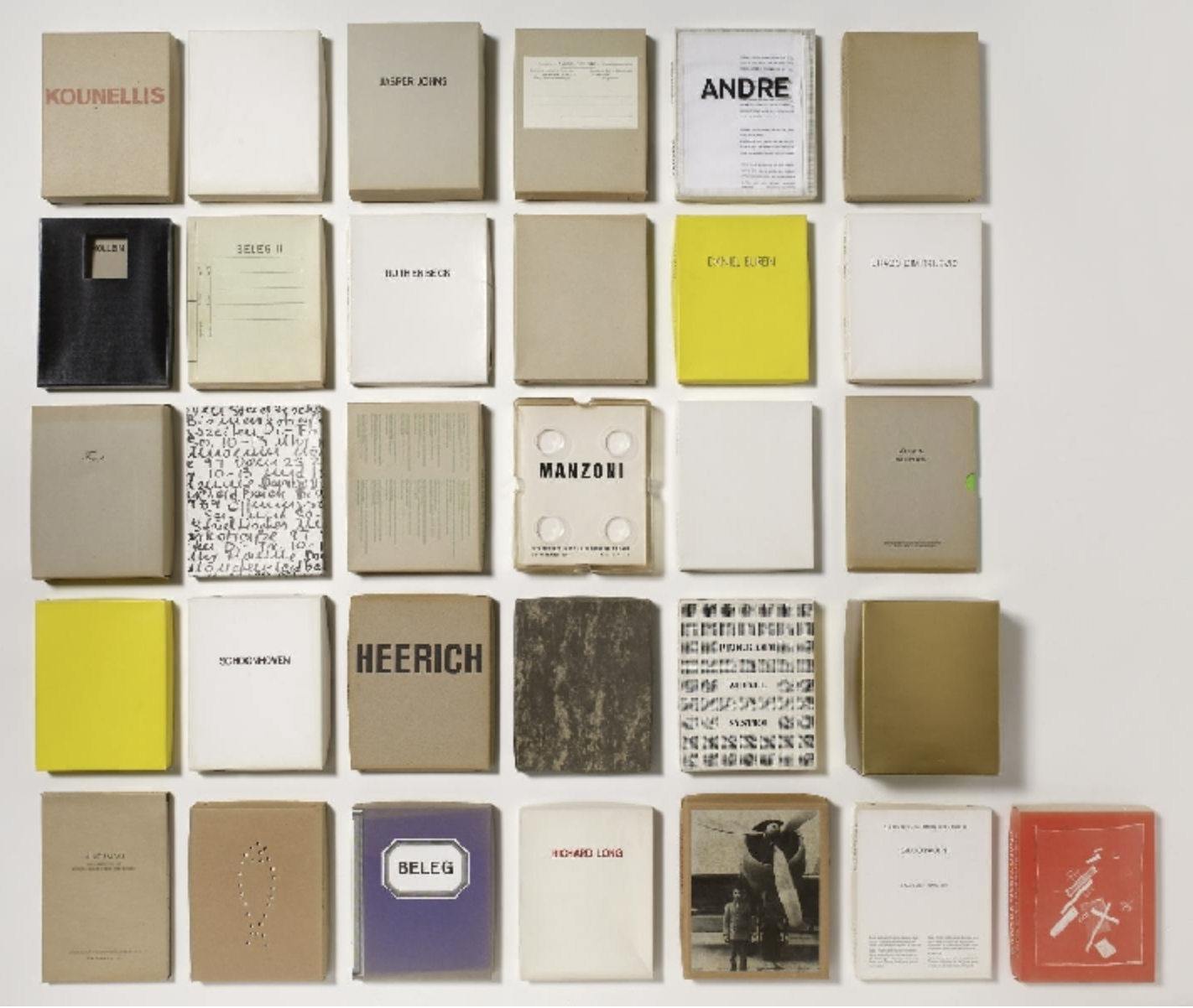 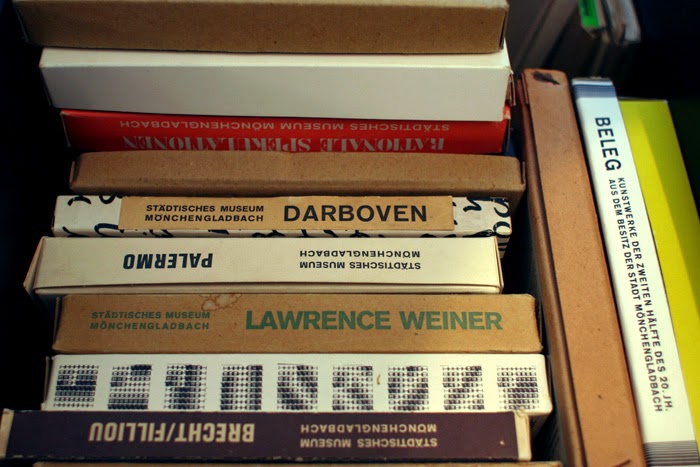 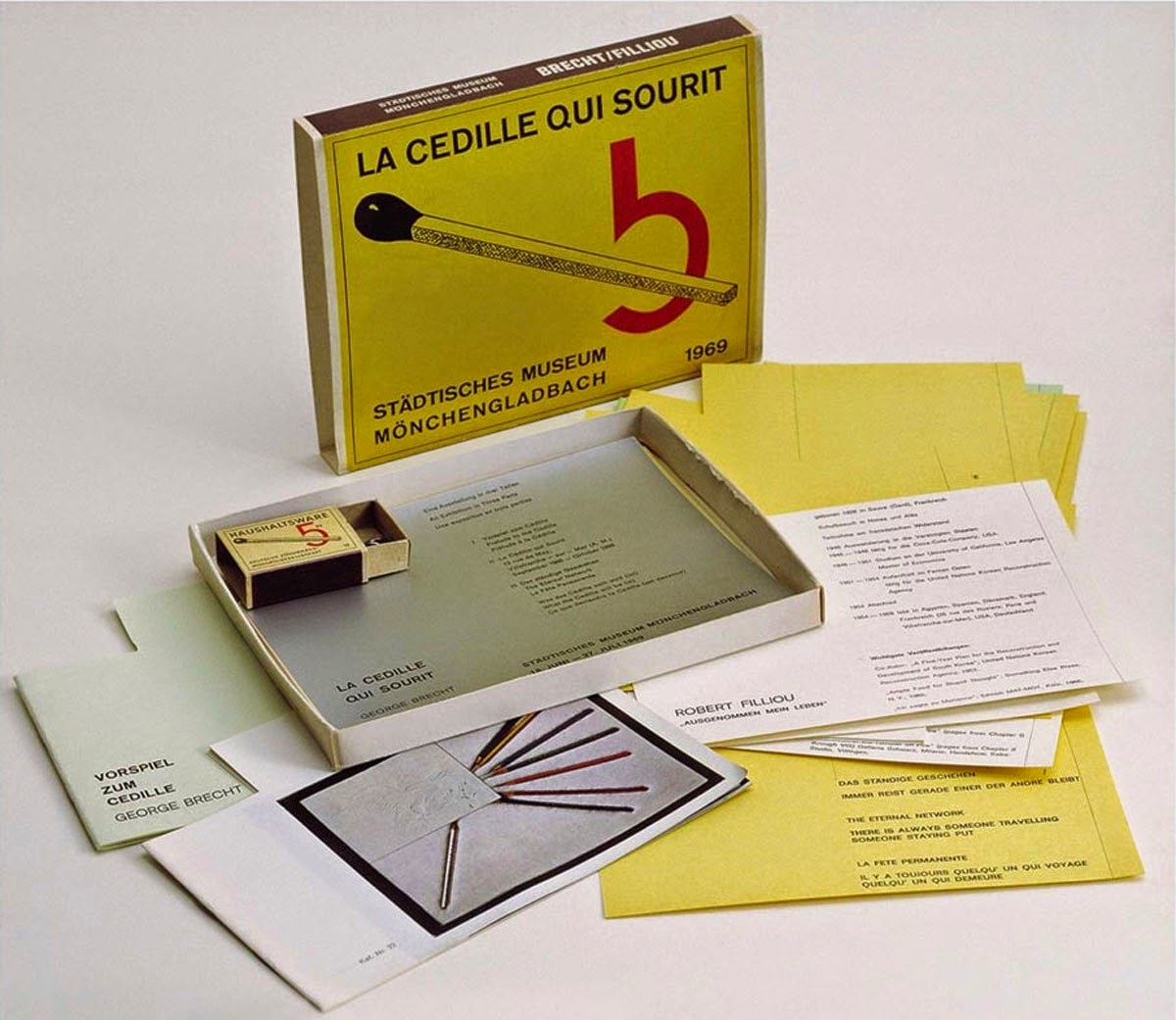 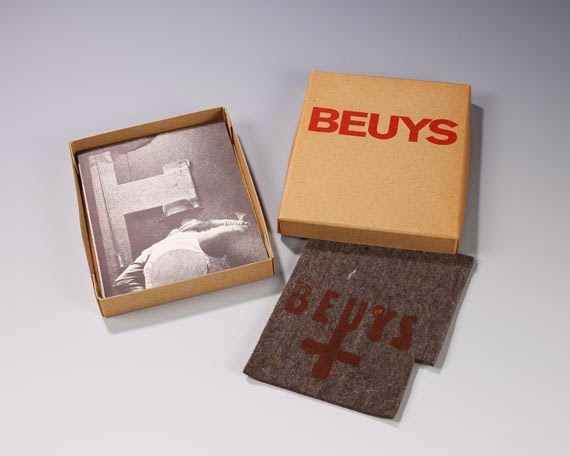 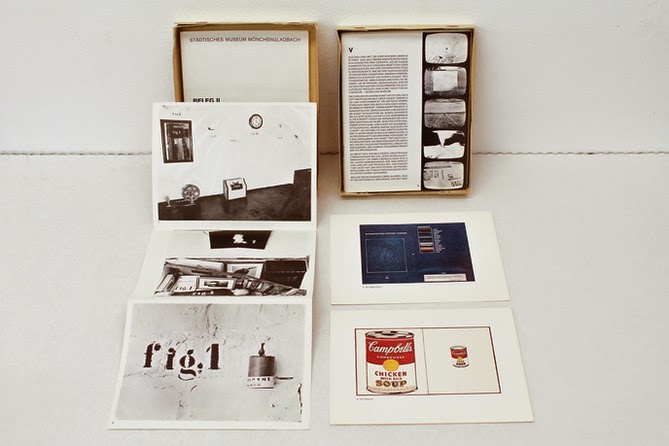 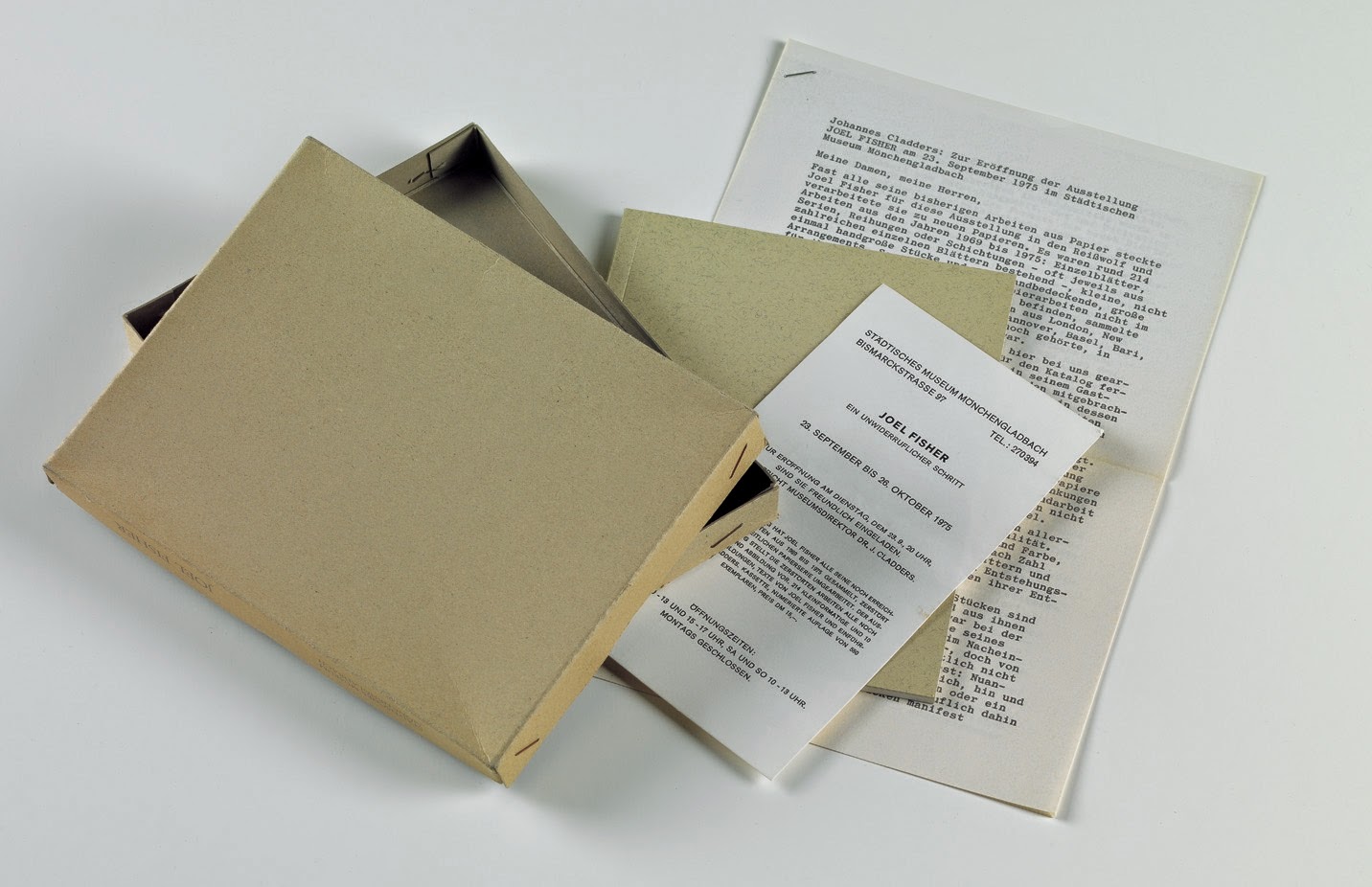 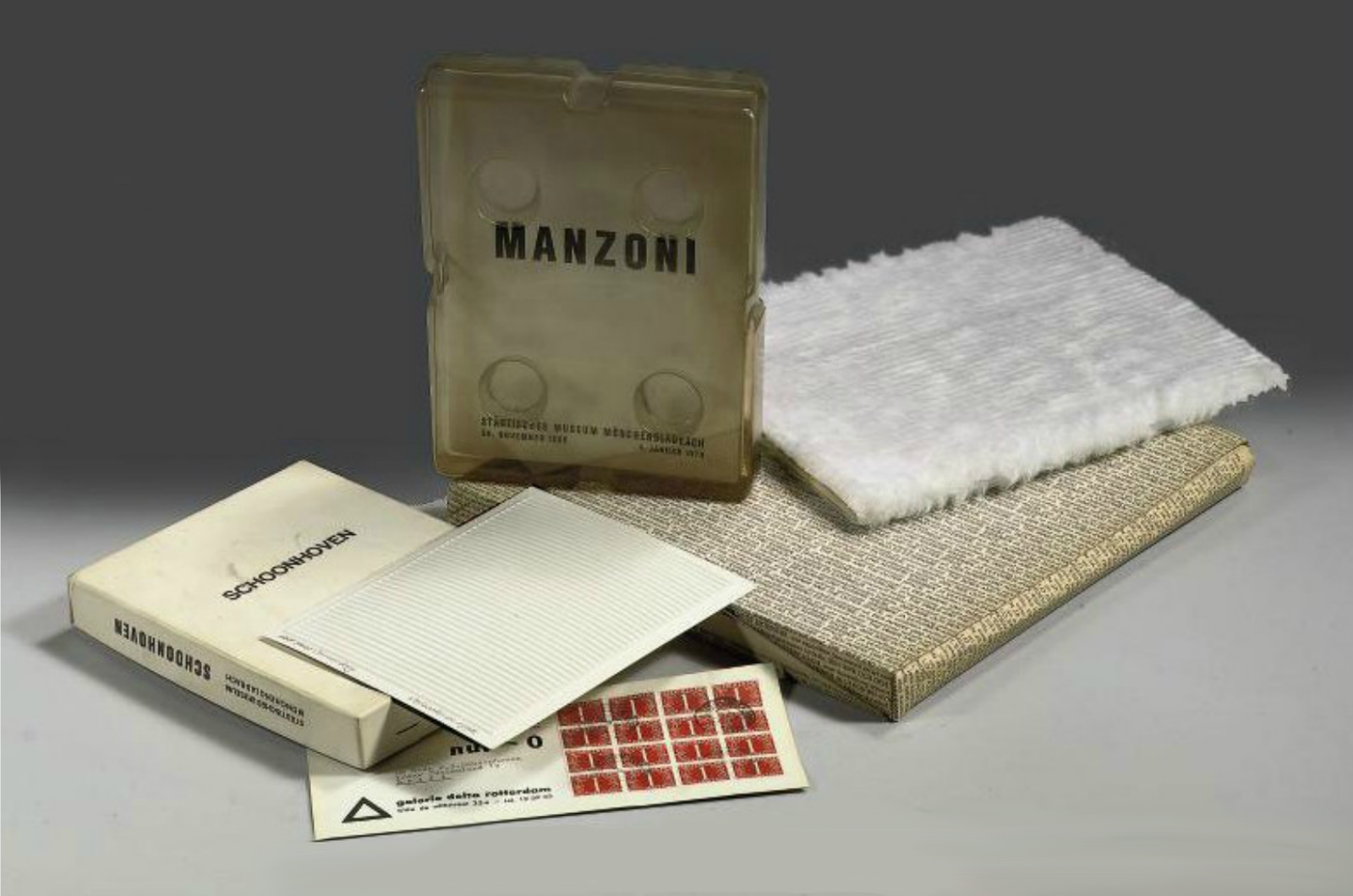 In 1967, director of the Stadtisches Museum in Mönchengladbach Germany Johannes Cladder curated his first exhibition at the venue. He invited Joseph Beuys to present his first ever museum solo exhibition. There were no funds in the budget for an accompanying catalogue, just a small brochure printed on the cheapest paper stock. Beuys, who had published a boxed work with Edition Rene Block the year prior, suggested a catalogue/multiple hybrid and the influential Stadtisches Museum Mönchengladbach publications were born.

Rather than illustrate the exhibitions, the boxed works were typically an independent artistic project, some without any reference to the accompanying show at all. Most included essays and exhibition check lists, but they might also contain found objects, an artists’ production or other interventions into the format.

Cladder continued at the museum until 1985 and always prioritized solo exhibitions over group shows. He presented work from a variety of then-emerging movements, including Arte Povera, Nouveau Réalisme, Minimalism, Post-minimalism, Pop Art, Zero, Fluxus, and Conceptualism. In addition to Beuys, Carl Andre, Bernd & Hilla Becher, and Hanne Darboven (as well as many others) all had their first museum exhibitions in Mönchengladbach.

It's hard to overstate the significance of these works. Many of the artists Cladder selected went on to contribute much to the genre of artists' books and/or multiples, but the series itself functioned as a challenge to museum publishing to create primary works alongside their traditional support materials.

For the next week or so, a different boxed edition published by the museum will be posted here daily. If readers have examples in their collections, please forward images to ddyment@rogers.com.