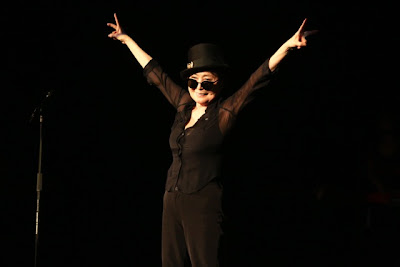 Yoko Ono turns eighty years old tomorrow, and celebrated tonight with a performance at the Volksbühne in Berlin. Two days prior her Half-A-Wind retrospective opened at the Schirn Kuntshalle in Frankfurt. The show has plans to travel Europe through 2014.