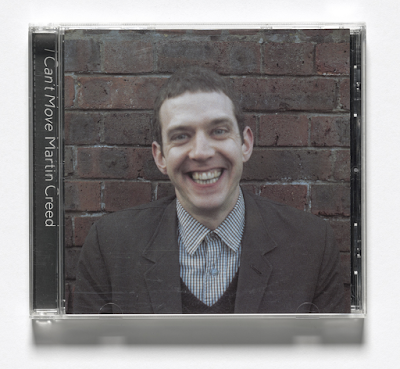 Martin Creed's first solo EP, released on CD twenty years ago, is being reissued this year on vinyl by the publisher, Art Metropole, who is also hosting a performance by the artist later this month.

Martin Creed: Getting Changed is a one-person show described as "a hybrid of a talk, a concert, and a cabaret" which "explores borders both personal and national, communication in the form of clothes, and words as clothes for feelings—presented in his witty, responsive, freestyle way."

This concert, which kicks off a North American tour, takes place on September 22nd, at 8pm. Tickets are $15 and can be purchased here.
Labels: Art Metropole, artists' records, Martin Creed