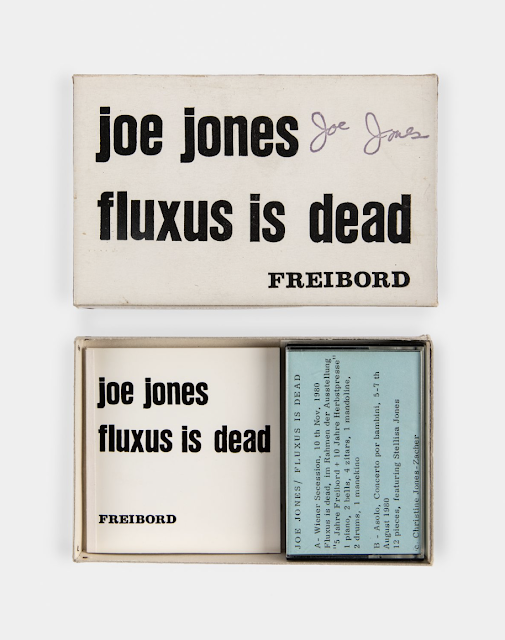 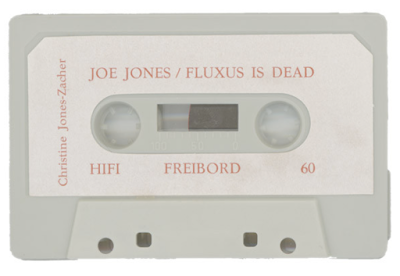 Freibord was an Austrian literary magazine founded in 1976 by Gerhard Jaschke and Hermann Schürrer, who put out two important sound art cassettes in the 1980's, this one - at the beginning of the decade, and a double cassette by Hermann Nitsch, in 1988.

Fluxus Is Dead consists of a cardboard box housing a small booklet and single cassette. The signature takes the form of a rubber stamp. The track listing is as follows:

This title is exceedingly rare and sells for over $600 US, but has been reissued on both vinyl and CD.