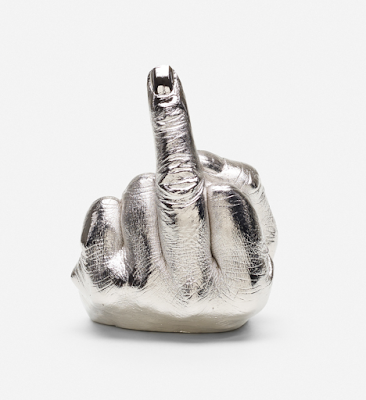 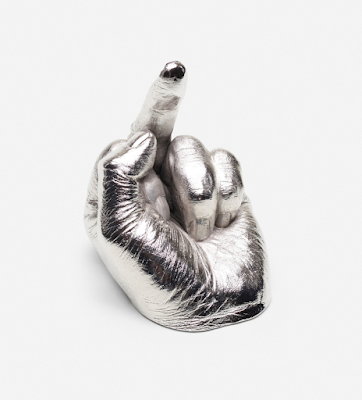 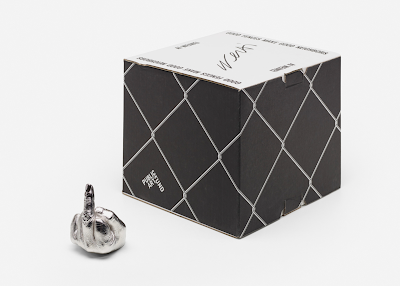 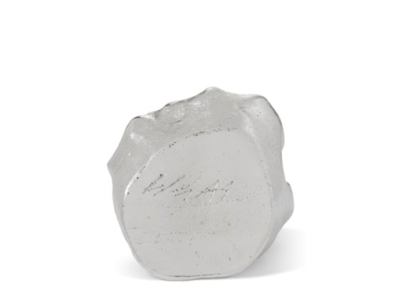 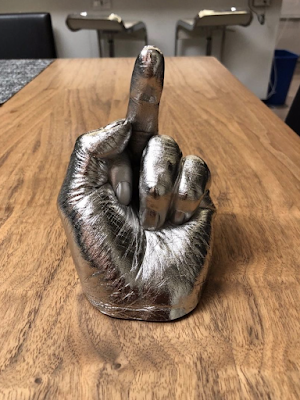 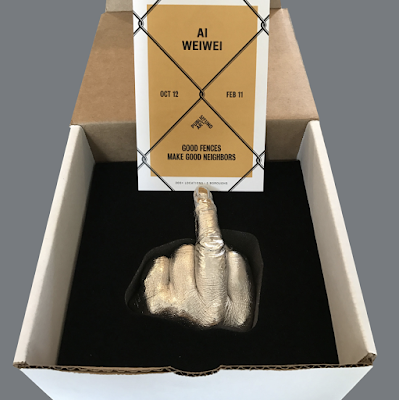 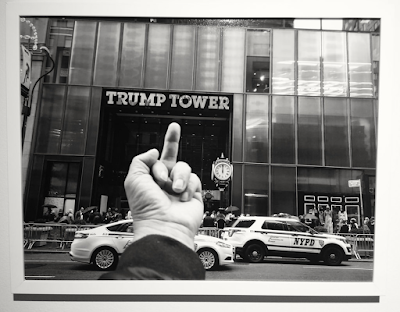 These cast urethane resin with electroplated rhodium hands were produced in an edition of 1000 signed (incised) copies, to raise funds for the 2017/2018 Ai Weiwei exhibition Good Fences Make Good Neighbors. The were co-published by eBay for Charity, and made available exclusively through Ebay, with 100% of the proceeds going towards the exhibition.

They went on sale in October of last year for $675 US and have sold at auction subsequently for almost ten times that amount, a mere ten months later.

The work recalls Ai Weiwei's Study of Perspective series, in which the artist photographed himself "giving the finger" or "flipping the bird" to world monuments and significant landmarks.
Labels: Ai Weiwei