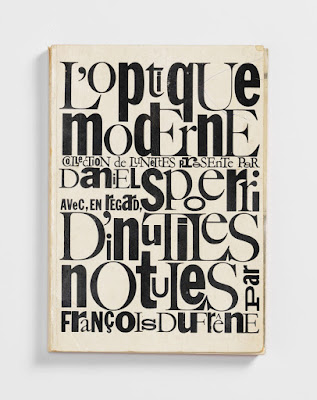 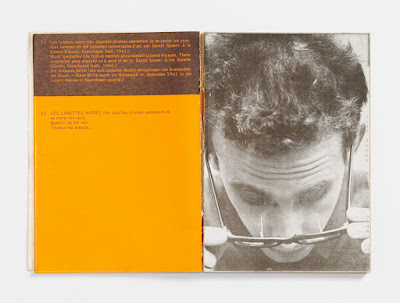 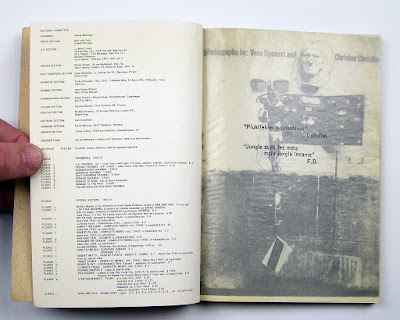 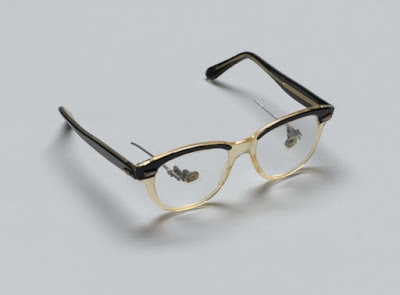 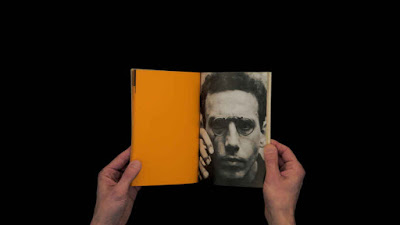 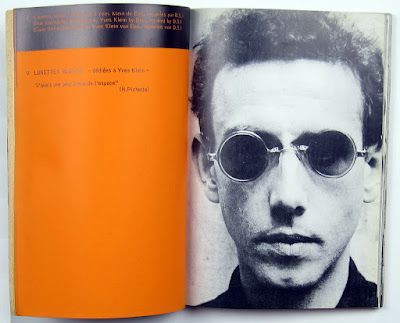 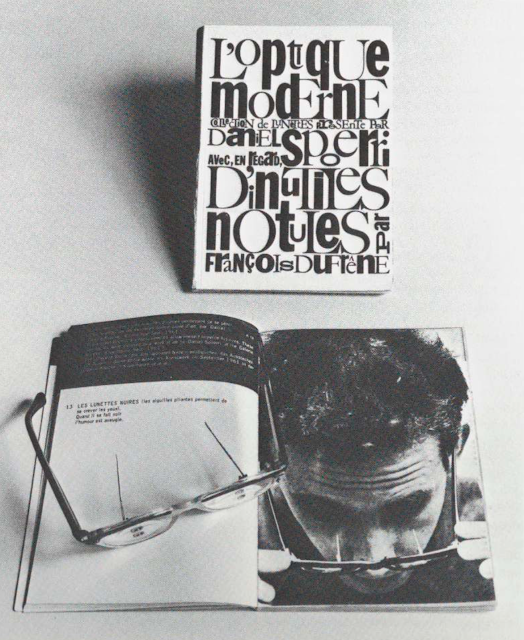 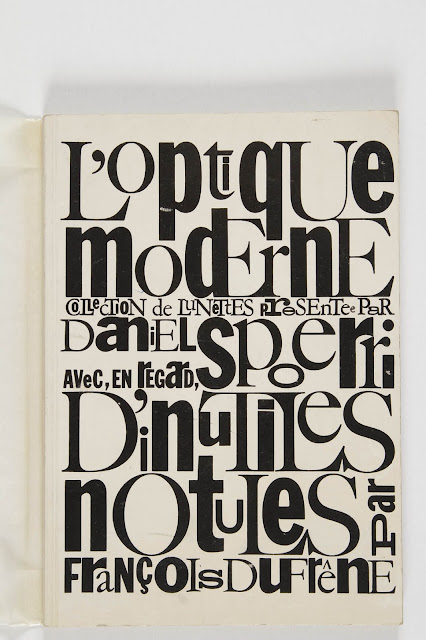 Made in collaboration with the French Nouveau Realist visual artist and Lettrist poet François Dufrêne, L'Optique Moderne contains fifty-seven images of the artist wearing altered eyeglasses. The most infamous of these was a pair affixed with a hinged pin, which would presumably pierce the wearer's retina (blindness as a way of seeing?). Other glasses included in the volume featured bent earpieces, allowing them to be held at any distance from the eyes.

The spectacles had first been exhibited two years prior, at Galerie KOEPCKE in Copenhagen, in the September of 1961. They were shown again in 1964 and destroyed later at a "junkie party", with the artist only able to salvage a few pairs.

Somehow Spoerri's book was reviewed in the London Times Literary Supplement on September 3rd, 1964, who described it as "a stout booklet of photographs showing the thin-faced author-editor-dancer-impressario wearing numerous novel types of spectacles, with characteristic small punning, assonant verses by François Dufrêne on the even (orange-and-black) pages".

The artist putting on the altered glasses is one of the most iconic images from Spoerri's career and it also led to his most influential artist book, An Anecdoted Topography of Chance: "It was after constructing a pair of eyeglasses equipped with needles to poke the eyes out that I felt the urge to recreate objects through the memory instead of actually displaying them."

The book was published and designed by George Maciunas, and featured his trademark typography on the cover. Other hallmarks of his design include onion skin and coloured pages throughout.

After hearing reports from Dick Higgins that the print job was botched and the books were unsellable, Maciunas refused to pay the printer, abandoning more than half of the planned edition of seven-hundred. However, this could have been a scheme planned from the beginning, as Maciunas was notorious for stiffing his suppliers and spent the last few years of his life wearing altered glasses of his own. In 1975, an unpaid bill to an electrician led to a beating by "mafia thugs" which left him blind in one eye, along with a deflated lung, four broken ribs and thirty-six stitches in his head.

By the fall of 1963 Maciunas was advertising in Fluxus newsletters than only twenty copies of L'Optique Moderne remained, and a few months after that "2 copies left", according to Jon Hendricks' Fluxus Codex. Today the title is exceedingly rare, though copies are held in the collection of the Walker Art Centre, the Museum of Modern Art in New York and the Bonotto Foundation. 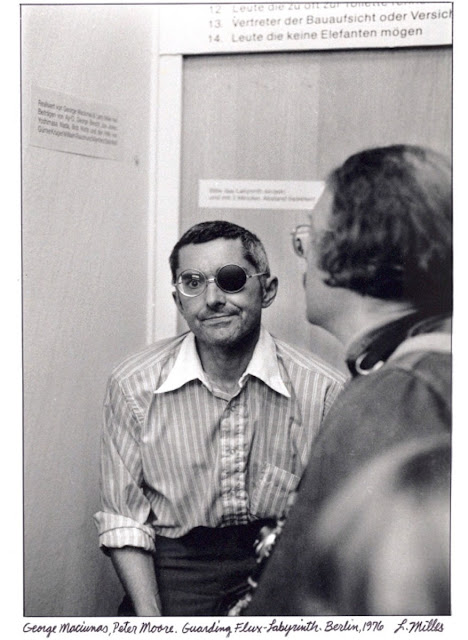